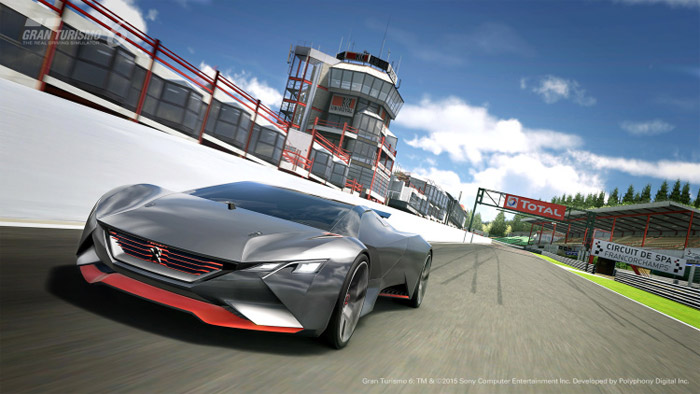 Peugeot is the latest real world automaker to create a virtual supercar for the Grand Turismo 6 video game. The new virtual supercar is called the Peugeot Vision GT and it has specifications that are taken right from a real world Peugeot racing car. That car is the one Sebastien Loeb ran at the Pikes Peak hill climb.

Loeb’s car was the 208 T16 Pikes Peak and it packed a 3.2L turbo V6 producing 875hp and putting all the power to the ground via a six speed manual transmission and all-wheel drive. The Vision GT shares the same 875hp turbo six, AWD, and 6-speed transmission, albeit a virtual version. The Pikes Peak racer could streak from a standstill to 62mph in 1.8 seconds.

The virtual Vision GT claims to do it in 1.73 seconds. The point here is that while the performance of the virtual racer seems insane, it’s almost dead on with the real world racer. You should be able to download the Vision GT from Peugeot for your PlayStation soon. Check out the video blow to see more details on the virtual car. The best news is a hint from a Peugeot factory driver that the Vision GT might actually come to the real world.