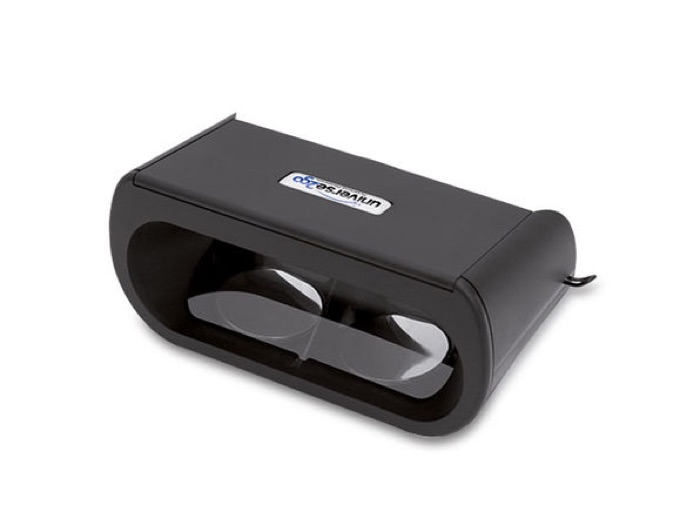 You can save 32% off the Personal Augmented Reality Planetarium in the Geeky Gadgets Deals store today.

The Personal Augmented Reality Planetarium normally retails for $69.90 and we have it available in our deals store for $46.99.

Are you a star-gazer, always looking at the cosmos and thinking, “What the heck is going on up there?” Did you used to know all of the constellations but now can’t even remember what the Big Dipper is? If you’re either of these people or anyone in between, you’ll love Universe2go. Universe2go is the world’s first smartphone-based augmented reality viewer, allowing you to not only get a close-up view of the night sky but get a detailed annotation of the real night sky while you feel like you’re in it! It’s the perfect star-gazer for amateur astronomers of all ages.

Head on over to the Geeky Gadgets Deals store at the link below for more details on the Personal Augmented Reality Planetarium.