Pentax has shown off a new limited edition DSLR, the Pentax K-7 Limited Edition Silver DSLR, which will go on sale in Japan this summer, and there will only be  1,000 units available. 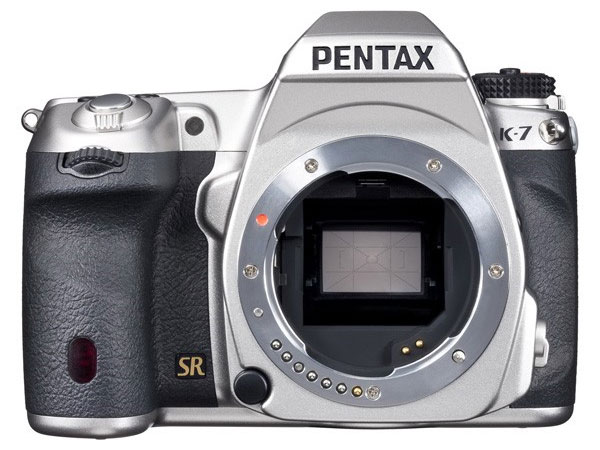 The Pentax K-7 Limited Edition Silver DSLR comes with several features that distinguish it from the original Pentax K7, it features a silver colored body and features a reinforced glass plate for the LCD, plus a new firmware and photo processing software.

Another new feature is something called ‘golden section ratio’, which i a focusing screen with curved guide lines that are designed tio make image composition easier.

There are no details on pricing as yet, although it looks like it is headed for Japan only so I guess we wont be seeing it in the US and Europe.