If you have been patiently waiting for the new Call of Duty: Black Ops Escalation DLC to arrive on PC your wait is nearly over. As Activision have now announced that the new DLC will be arriving on the PC platform on June 2nd 2011.

As you probably already know if you’ve been waiting for the new Escalation DLC to arrive, the new content brings with it a star studded cast in the new zombie level ”Call of the Dead”. Which stars George Romero the famous horror director himself, together with Sarah Michelle Gellar (Buffy), Robert England (Freddy Kreuger), Danny Trejo & Michael Rooker who plays Merle Dixon in The Walking Dead. 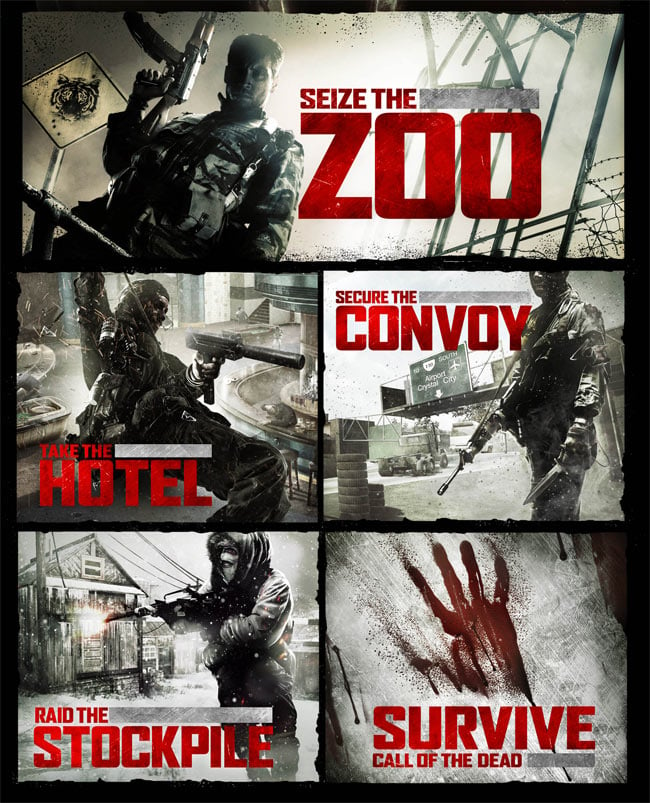 Together with four other new maps in the form of Stockpile, Hotel, Convoy and Zoo, as well as bringing a few Black Ops : Call Of The Dead Easter Eggs. Enjoy!