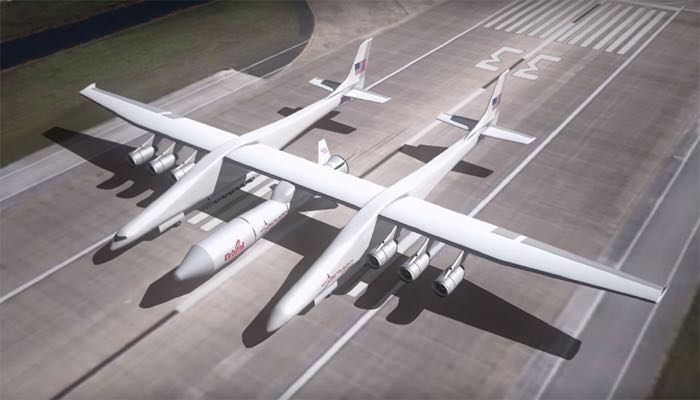 Stratolaunch is the worlds largest plane, it is being developed by Microsoft co-founder Paul Allen, along with a number of partners including Tesla and Space X CEO Elon Musk.

The plane is being developed by Stratolaunch Systems and it is designed to carry rockets which will be used to launch satellites.

The video below from Stratolaunch Systems shows how the plane will work and how it will be used to launch rockets.

The Stratolaunch will have a massive wingspan of 385 feet, making it the largest plane in the world, it is being built using two Boeing 747’s and it will need a runway 12,000 feet long to take off.

The initial test flights of the Stratolaunch will start in 2016, as yet there are no details on how long the testing will take and when the plane will be used to launch its first rocket.