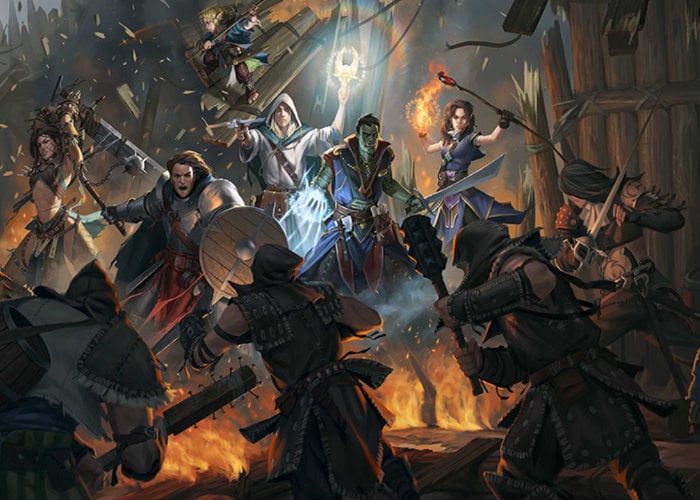 Thanks to a new Pathfinder Kingmaker mod created by Nexus Mods member Hsinyu, players now have the ability to add turn-based combat to the game, check out the demonstration video below to learn more about the mod and its features. To get the most from the modification the following might be worth considering before you install it :

– It’s recommended to turn off AI for better experience when using the turn-based combat feature.
– This mod is experimental, but close to release. I have tested a ton of things, but not every things, so be cautious, please.
– All mod features only take effect in turn-based combat, and should be auto muted when in real time.
– There is a to-do list on the bottom that listed what I’m working on.

A selection of features you can expect to enjoy once the Pathfinder Kingmaker turn-based mod is installed.

– Turn-Based Combat mode and a combat tracker!!
– This mode is toggleable anytime via UMM menu or a custom hotkey (Alt+T in default).
– The units will perform their turn one by one.
– The order is determined by the initiative roll.
– 6s in game time is considered to be one round.
– Game time will be frozen during a unit’s turn, and go on between turns. You can idle and think in the turn of your units.
– There are some Time Scale options in UMM menu to speed up the combat animation (toggled on in default).
– You can choose to delay your turn before doing anything in the turn.
– You must select a unit from the combat tracker after clicking the delay button, then your turn will be delayed until the the unit finished its turn.
– The turn will end automatically if you can no longer perform any actions in the current turn.
– You can click the “End Turn” button to manually end current turn, and you’ll lose the unused actions in the turn.
– Don’t forget that you can set your custom hotkeys in UMM menu for the Delay / End Turn button (Alt+D / Alt+E in default).