Path developers have this week released a new Path iOS App 3.0.1 update which brings with it a number of new features and enhancements for users.

New features added in the latest Path iOS App 3.0.1 update include the addition of private messaging together with an online store for curated photo filters called The Shop. 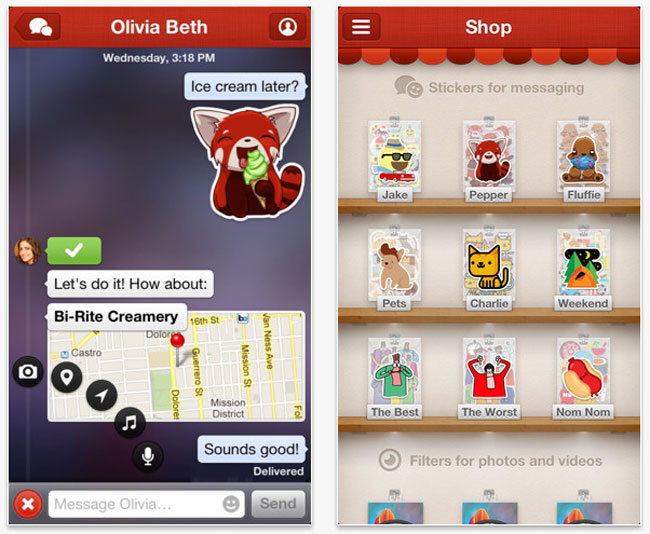 As well as the new online shop facility Path has also added a new feature called Stickers which act like emojis, that allow you to add custom graphics to your messages, and have been created by Path in house design team and artists such as David Lanham and Hugh MacLeod. Part explains a little more on the Apple iTunes App Store about their new Path iOS update.

“One-to-one and group messaging is made for the smaller, more personal conversations that you want to have on Path. It includes text, voice, location, stickers, songs, books, movies, photos, and videos. There’s utility and context. For example, if you’re running late, you can tap the location button to let a friend know where you are. Or if you don’t have free hands to type, you can record a voice message.”

The Path 3.0.1 update will soon be available for Android devices and is currently available  to download from the Apple iTunes App Store.