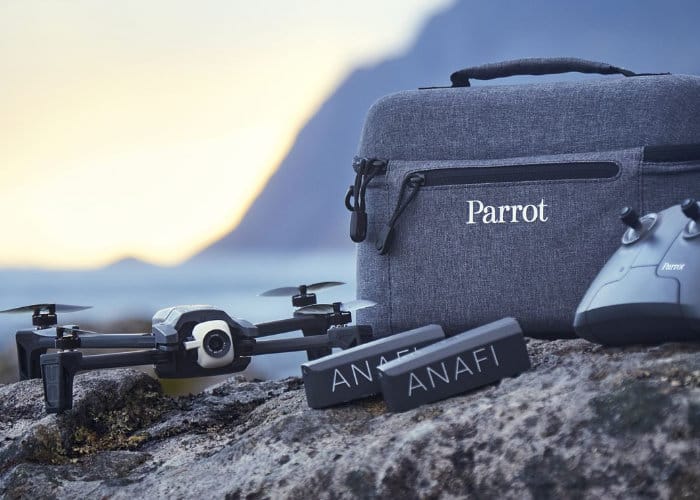 A new update has been released by Parrot for its Anafi drone, adding a range of new photo modes including panorama options, slow motion which now captures video at 120 fps in a 720P resolution and more.

Parrot is also introducing its Anafi Extended pack to lure in new buyers with several extras. The spare batteries typically cost $100, and the drone goes for $650. The package costs $800. Updates rolled out to the Parrot Anafi drone include :

– HDR+, which Parrot says should offer a wider dynamic range for photos and videos taken with the drone
– Panorama photo mode, which includes a bunch of different options including vertical panorama, horizontal panorama, and a panorama sphere that rotates the drone 360 degrees as its camera vertically sweeps the scene at 180 degrees.
– Dolly Zoom on a point of interest, which lets you use a dolly zoom while focusing on a specific thing, like a building. (The Dolly Zoom existed on the original software release but not with the point of interest option.)
– Hyperlapse that’ll allow users to video record and play back at 15x, 30x, 60x, 120x, or 240x the speed. (It existed before but not up to 240x.)

More details on the new Parrot Anafi drone batteries, accessories and update jump over to the official Parrot website by following the link below.