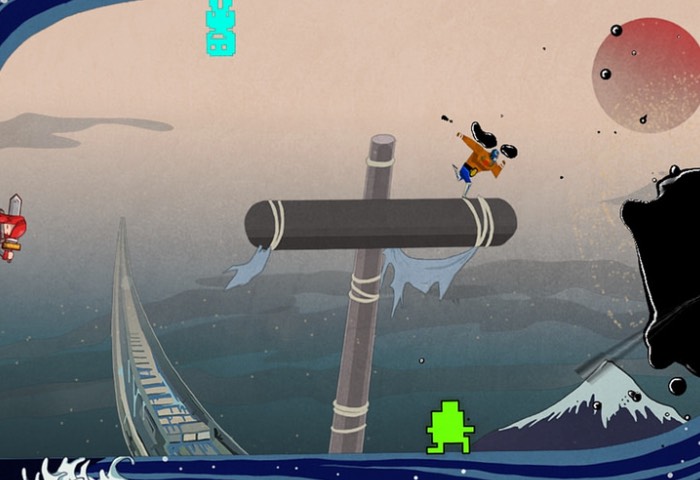 PlayStation 4 owners might be interested in a new game that will soon be launching of the PS4 in the form of Paperbound that will offer gamers a crazy new brawler style game to enjoy.

The PS4 Paperbound game takes the form of a local multiplayer brawler, where magic dust has brought storybook characters to life. Giving them the ability to manipulate gravity for their needs, check out the video below to learn more.

Paperbound for the PS4 has 11 original characters from the pages of the books, plus a number of playable cameo characters. There are 18 levels across 5 books, and four different game modes in both free-for-all and team varieties. Dan Holbert Designer and Programmer of the new Paperbound PlayStation 4 game explains :

“With Paperbound, I wanted to create something that is fast and twitchy, but that also has depth. Three weapons interact in a variety of ways that require you to be fast with both your reflexes and your strategizing. The melee attack is your bread and butter, fast and deadly. Throw scissors for precision long-range attacks. The ink bomb is a more advanced weapon that can take out several opponents at once but requires skill to avoid it backfiring on you.

We often compare Paperbound to Smash Bros. because that’s a well-known game, and because we feature playable characters from a number of other games, but if you’re familiar with TowerFall or Samurai Gunn, those are closer comparisons. But whereas those excellent games have 8-bit aesthetics, the hand-drawn environments of Paperbound allow for 360 degrees of gravitational freedom and a wide variety of arenas.”