Being a sponsor for this years London Olympic Games, Panasonic has unveiled a few statistics with regards displays they will be providing the 2012 games. Which includes 45 giant LED screens at 27 venues, 200 Pro Sound systems and a staggering 12,000 HDTV sets. 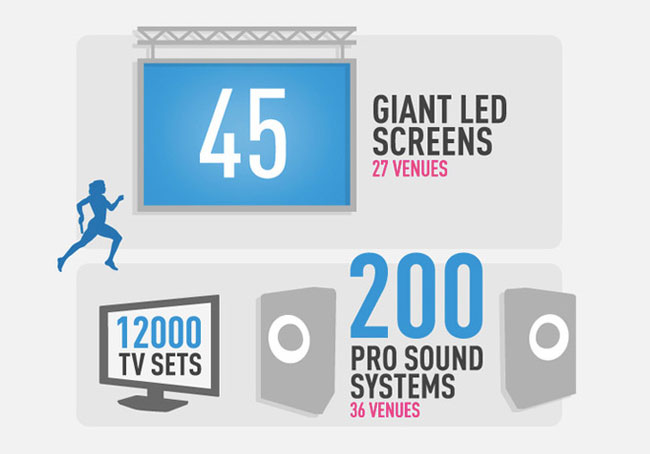 The 12,000 HDTV will provide the London 2012 Olympic Games with a huge 1,730 square meters of display surface, in total, and sets a new record for the amount of displays used and provided by a sponsor. Beating the 10,000 that were supplied four years ago to the Beijing Olympics.

Panasonic explains in their press release: “anything that has to do with the acquisition or transmission of image during the London 2012 Olympics will be handled by the company.”