If you don’t fancy shelling out your hard earned cash for one of Apple’s new iPads, and already own an iPhone or an iPod Touch, then why not get one of these Pad Dock’s which will convert your iPhone into an iPad.

You can dock your iPhone or iPod Touch with the Pad Dock and it will automatically magnify the screen, turning it into an iPad, the best part is it costs a lot less than an iPad. 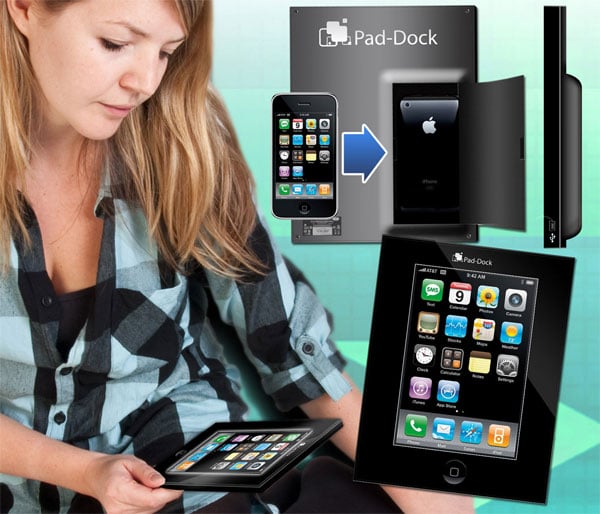 Using a touch-screen magnifier, your iPhone screen is enlarged to the exact dimensions of an iPad. Most of the features that the iPad boasts about are on the iPhone anyway, so it only makes good sense to simply enlarge it. And, unlike the iPad, you can actually answer and make calls. Technology, eh?

If you want one, the Pad Dock is available for £89.99 about $135 from IWOOT, we have just ordered one for the Geeky Gadgets office, great idea it will save us from having to buy an iPad.