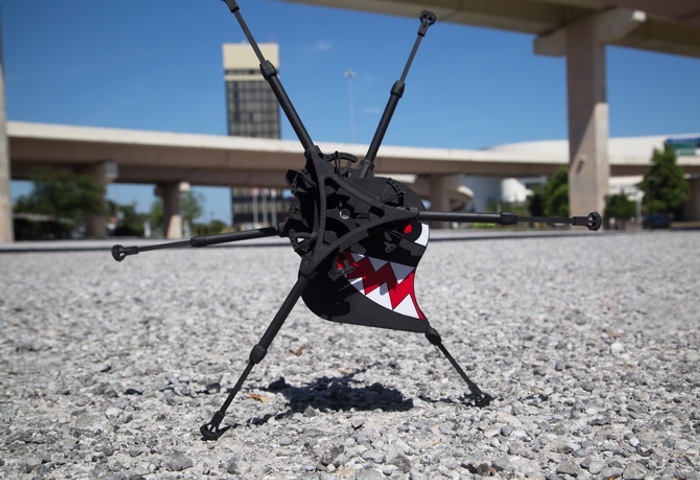 We have featured many different robot designs here on Geeky Gadgets over the years but the new OutRunner is definitely very unique in it’s styling and also extremely quick at running. Which is not something you normally hear about a robot.

The OutRunner has been designed by Robotics Unlimited and is capable of running up to 20 miles an hour across various terrains for up to 2 hours on a single charge. Watch the video after the jump to see the OutRunner in action and learn more and this very unique running robot.

The OutRunner is available in two versions the Core and Performance. The OutRunner Core robot is available to purchase for $249 and is the version you need If you just want to play around with the robot and have fun.

While the more advanced OutRunner Performance robot is available for $799 and is a much more powerful version of the design, equipped with state-of-the-art sensors that will turn any race against your friends into something totally epic, say its creators Robotics Unlimited.

“Robotics Unlimited is a spinoff of the Institute for Human and Machine Cognition (IHMC) where a team of scientists and engineers have been working for years toward the development of walking and running robots.

Part of the IHMC robotics team has been spending their time figuring out how to make a robotic system capable of running while maintaining stability. While research robots are very expensive machines dedicated to lab experiments, Robotics Unlimited’s founder wanted to have a robot easy to operate, relatively low cost to build but still providing amazing running capability. After several months of thinking, testing and prototyping, OutRunner was born.”