You might remember the Boston Dynamics AlphaDog from previous posts here on Geeky Gadgets, as well as the Cheeta Robot we featured last week that set a new personal best record running at over 28mph. 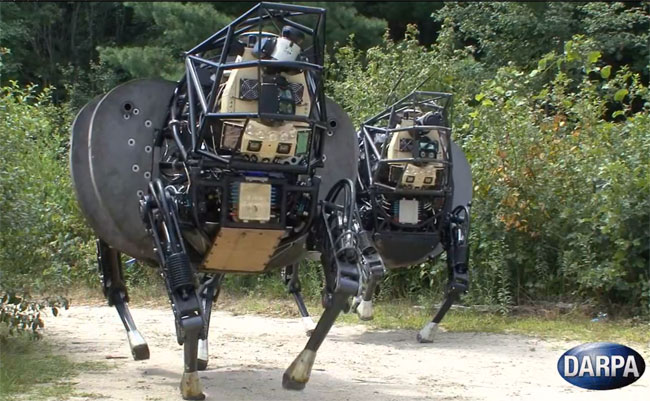 As you can see from the video AlphaDog still has some way to go to become a stealthy team member and sounds like a chainsaw as it runs upto 5mph across the rough terrain. Boston Dynamics explains:

“We’ve refined the LS3 platform and have begun field testing against requirements of the Marine Corps,” said Army Lt. Col. Joe Hitt, DARPA program manager. “The vision for LS3 is to combine the capabilities of a pack mule with the intelligence of a trained animal.”