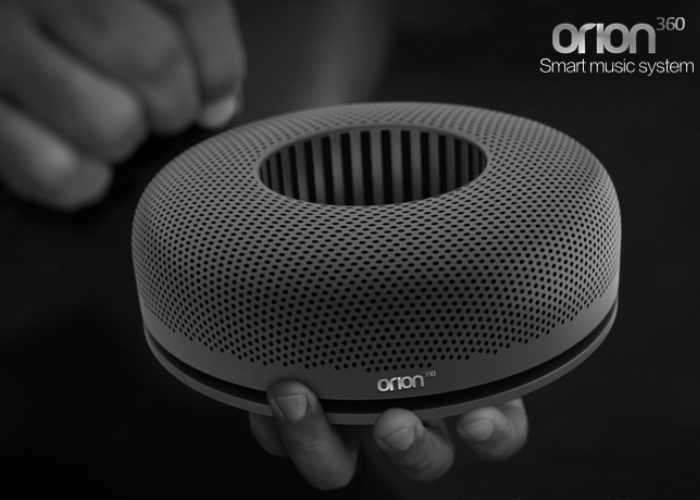 ORION Labs based in Melbourne Australia have unveiled a new gesture-controlled music system they have created aptly named the ORION360, which uses the Kinect gesture control technology as well as providing true 360 degree surround sound.

The compact music system is also equipped with Dual Audio driver and AWARE sonar technology. Watch the demonstration video below to learn more about its features and functionality.

The developers of the ORION360 gesture-controlled music system explain more about its inspiration and design, which is now available to back via Kickstarter with super early bird pledges available from just $136. Delivery is expected to take place during December 2017 if all goes well with the Kickstarter campaign and manufacturing process.

Introducing ORION360 a compact, powerful 360° speaker system for multi-directional, HI-DEF audio that sounds larger than the source (120 watts) with a built-in advanced Gesture control technology (GTEK) that will simply blow your mind!

Free of any buttons or confusing controls, you can instruct ORION360 to Play, Pause, Skip track, Control volume and even attend incoming phone calls by just swiping your finger! Just incorporate gestures into your dance moves! (Like KINECT for Music system) Unlike many other portable Bluetooth speakers, it uses a smart contactless charging plate, so you can literally grab it and go!

You can directly stream music to ORION360 from most services like Spotify, Apple music, Soundcloud, Google play etc without worrying about connectivity! ORION360 is designed as an enclosure that includes all the sensor system, device drivers, speaker block and the complete battery without any of those messy cables. The complete structure of music system fits right within each other like a disk complimenting the convenience and sturdy nature of the device.

For more information on the new ORION360 gesture controlled music system jump over to the Kickstarter website for details by following the link below.