Next week at CES 2011 Origin PC will be showcasing its Hybrid Liquid-Cooled Xbox 360 Gaming Computer. The rig consists not only of a high-end gaming PC but also new slimmed-down Xbox 360 console thats liquid-cooled, making sure that it can stand-up to the heat.

The Hybrid PC Xbox system is equipped with an Intel Core i7 930 processor, which has been overclocked to 4.9GHz, dual NVIDIA GTX480 graphics cards and 6GB of Corsair Dominator memory, overclocked to 1,600MHz. 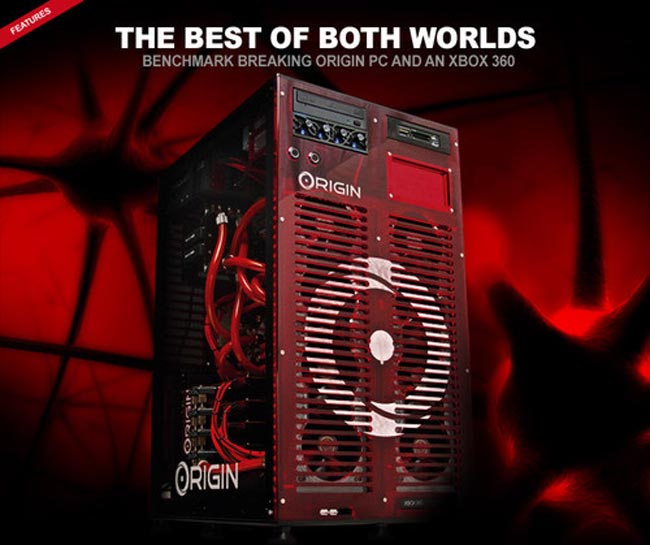 If you have any money left after the holiday season and are looking to upgrade your gaming system Origin PC says that the base model will be available for  $7,669 and a more “high-end” version for $16,669.