Yesterday Oppo posted a teaser photo of their new Oppo Neo smartphone online, the handset is now official and it will be launched in Indonesia.

The Oppo Neo will come with Oppo’s Color OS, which is based on Android 4.2 Jelly Bean, and the handset will retail for the equivalent of $215. 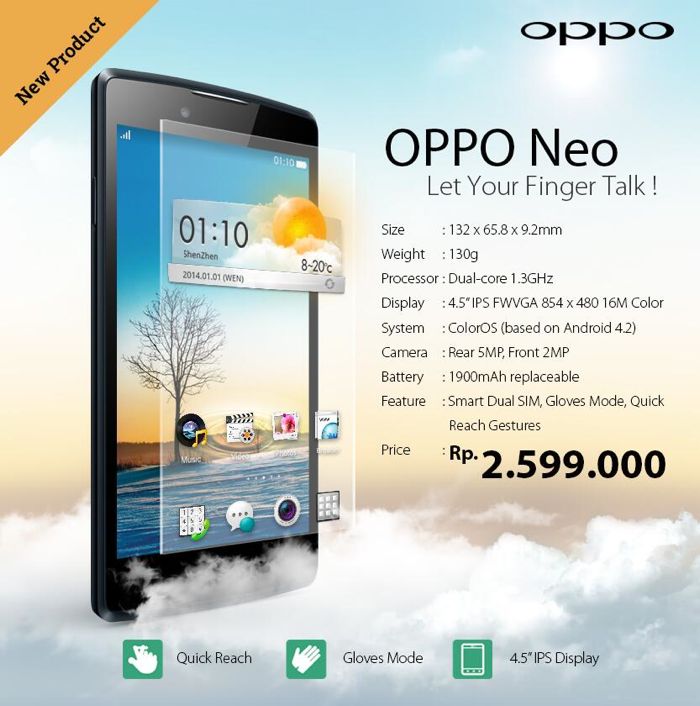 The Oppo Neo is equipped wit a 4.5 inch FWVGA IPS display that has a resolution of 854 x 480 pixels, the handset is powered by a dual core 1.3GHz processor.

The Neo also comes with a 1900 mAh battery, and it measures 132mm by 65.8mm by 9.2mm thick, the handset will feature dual SIM card slots, a ‘Gloves Mode’ and ‘Quick Reach Gestures’