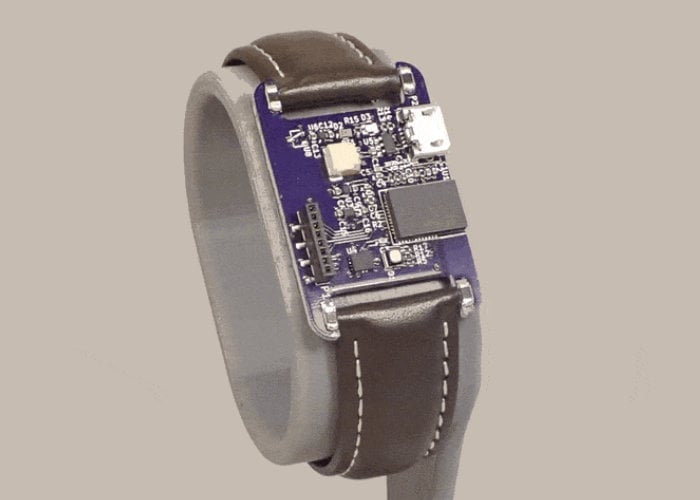 The developers behind the open source fitness tracker explain more about its inspiration, and why they made OpenHAK : “The short answer, is Because We Can! That’s right, the availability of open-source technology has exploded over the last decade with access to low-cost development boards and powerful code libraries to the point where you’d think simple things like fitness trackers would start to self-assemble in the box on the UPS truck from SparkFruit. Well, we couldn’t wait for that, so we got the basic parts required, poked ’em into place with a soldering iron, stubbed out some codeware, and what do you know? It works! We made OpenHAK because we want to share what we’ve got with you, Dear Backer, and see what we can build together!”

“Out of the box, the OpenHAK works, and is advertising itself to connect to your phone/tablet. Once connected, the OpenHAK will go through a cycle of deep sleep for 10 minutes, then waking up for 30 seconds to take your pulse and send all of its new data to your phone/tablet. This includes a time stamp, steps, heart rate, and battery level. There’s room for three more data points that we are not using that you could use for all kinds of stuff. Other sensor readings from something you’ve hacked into the OpenHAK, for example. Our current prototype send the temperature taken from the MAX sensor, which is right on your wrist, as an example of using the auxiliary data slots. “

For more details and to be one of the first backers of the OpenHAK open source fitness tracker jump over to the official Kickstarter project page by following the link below. Early bird pledges are available from $100 and worldwide shipping is expected to start around December 2019.