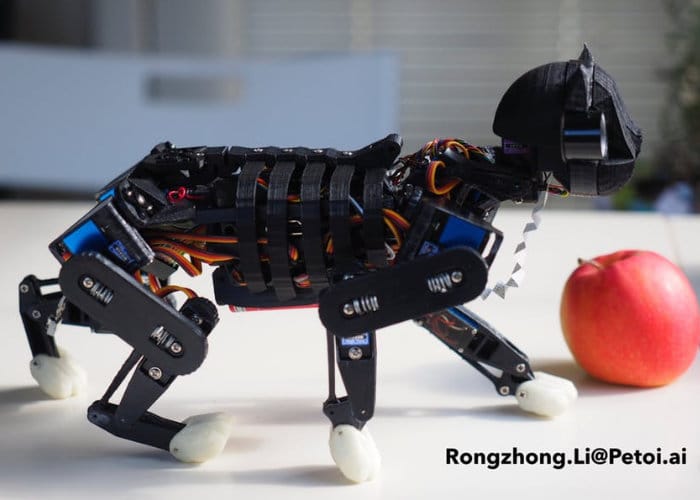 If you fancy building your very own robotic cat you might be interested in the new programmable and highly manoeuvrable robotic cat created by Team Petoi. OpenCat has been created to provide a robot suitable for STEM education and programming, which is equipped with artificial intelligence and capable of a wide variety of different manoeuvres. Watch the demonstration video below to see how the OpenCat robot has developed since its first prototypes.

OpenCat is available under the GPL3+ licence but is classed as a “Super Hard” difficulty rating and will probably take three days or more to complete. If you are thinking of building your very own programmable cat powered by Arduino, Raspberry Pi and SparkFun components make sure you have someone with the skills available to help out if needed. It’s creator explains more about the inspiration behind the OpenCat robot. “You may have seen Boston Dynamic Dogs and the recently released Sony Aibo. They are supper cool but are too expensive to enjoy. I hope to provide some affordable alternatives that have most of their motion capabilities.”

As you can see from the image above the OpenCat framework has been constructed using 3D printed components which have been combined with servos, AI and programming to create the awesome project. To learn more about the OpenCat project jump over to the Hackster.io website by following the link below. The Hackster.io website contains everything you need including a full list of hardware components software applications and hand tools.