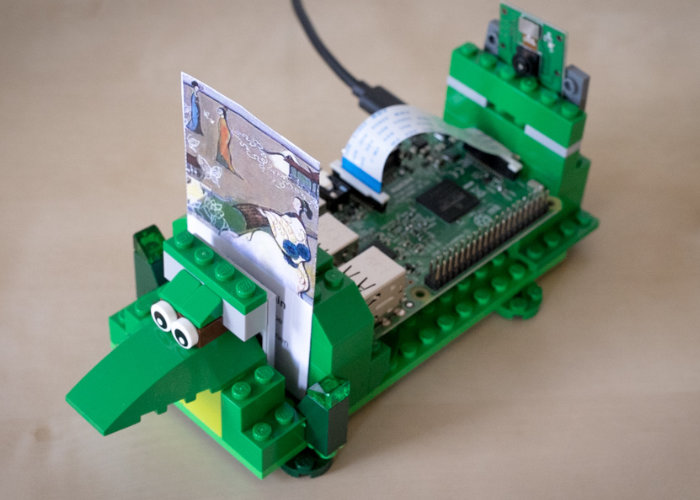 Chris Campbell has created a fantastic Raspberry Pi jukebox which uses QR codes to enable his younger family members to select and play music quickly. As you can see from the photo above Chris has used a little Lego together with a Raspberry Pi 3 Model B and its accompanying Pi camera module, to create a system that reads QR codes printed on cards. The music media server is running on another computer on the network to provide fast response times. Watch the demonstration video below to learn more about the QR code reading, Raspberry Pi jukebox.

The family has created a variety of QR code cards some of which provide different functions such as starting a playlist queue, switching output channels, and full album playback to name a few. Chris has kindly published the code via his Github account for anyone interested in building their very own Raspberry Pi jukebox. Chris explains more about the inspiration behind the project. “It all started one night at the dinner table over winter break. The kids wanted to put an album on the turntable (hooked up to the line-in on a Sonos PLAY:5 in the dining room). They’re perfectly capable of putting vinyl on the turntable all by themselves, but using the Sonos app to switch over to play from the line-in is a different story.

For more information on the full story jump over to the official Chris Campbell website by following the link below. If you enjoy building Pi projects you might be interested in our comprehensive list of Raspberry Pi displays, HATS and small screens.