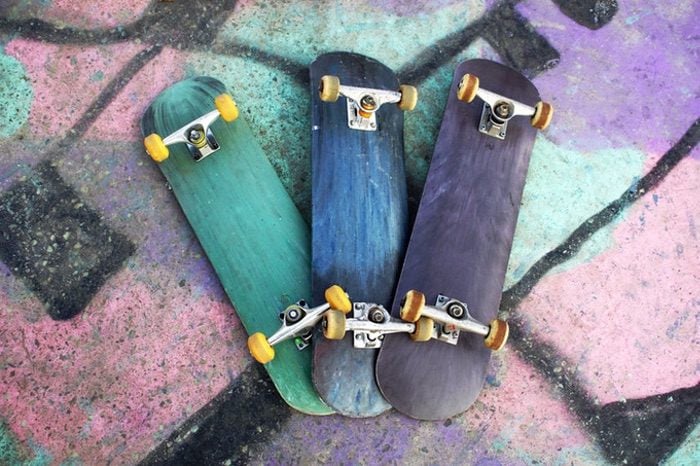 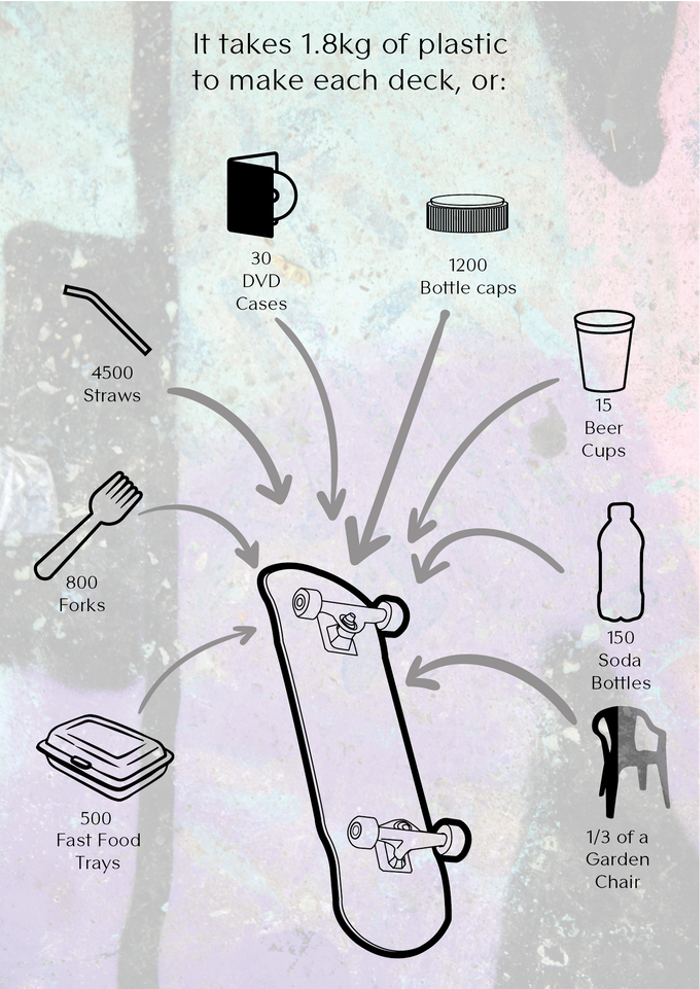 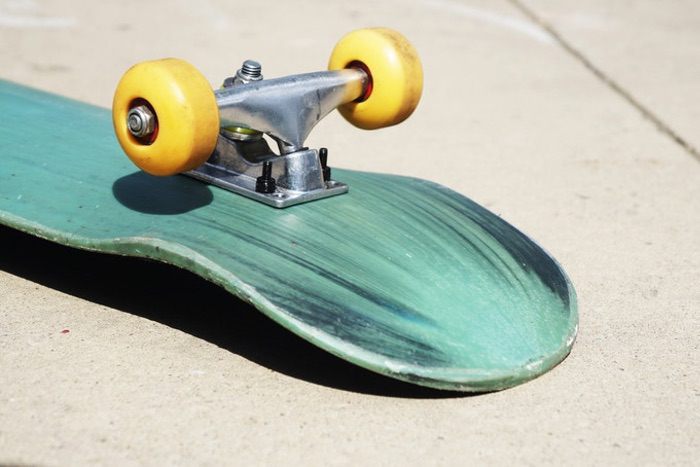 “I wanted to create a product that blows people’s expectations of what recycled plastic can really do! Thats why I chose skateboard decks, they are products that get put through extreme conditions: bumped, grinded and dropped. These are the first traditional popsicle decks in the world to be made from 100% recycled plastic. This shape was chosen because it best demonstrates the potential of the material due to its thinness. “

“This campaign not only gives you the chance to get your hands on the very first batch of decks to ever be sold, it also gives you the opportunity to support small scale plastic recyclers all over the world, by giving them a functional, popular and valued product they can make from plastic waste, for free.” 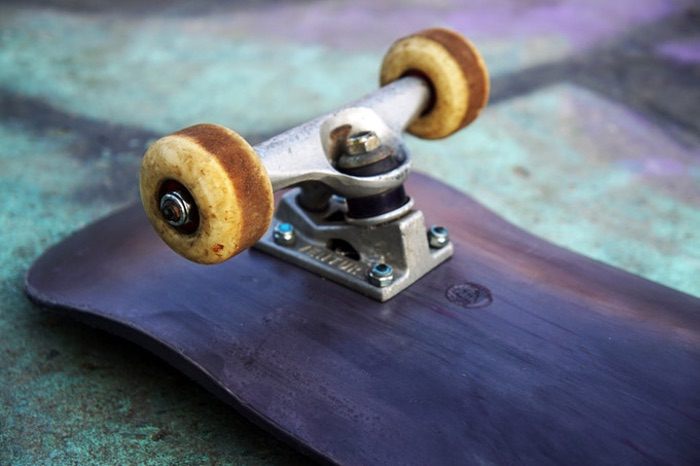 Due to the open source nature of the project all 3D models, Engineering drawings, Electronics schematics , Assembly guide, Build video, Usage video, Technical data sheets and Bill of materials will be shared online, open source for free so that anybody in the world can download it, build their own and start making decks. For a complete list of all available campaign pledges, stretch goals, extra media and full specifications, jump over to the official Open source skateboard decks crowd funding campaign page by following the link below.