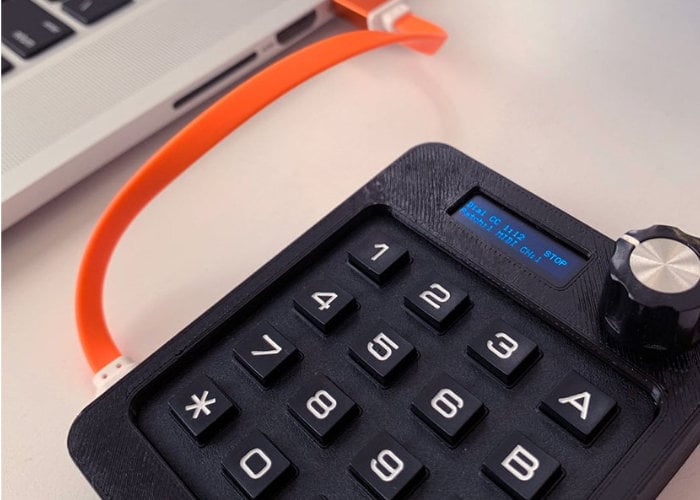 The team over at RetroKits have created a new open source RK-007 MIDI Commander allowing those interested to hack into their MIDI setup. The device requires minimal soldering and set up and is based on an Arduino Pro Micro and easy available parts found online. The Pro Micro is able to be a USBMIDI device so you can plugin the RK007 into the RK005 / RK006 (or just plug it into a computer with a DAW) and incooperate it’s MIDI commands via USB to DIN5.

Using the RK-007 MIDI Commander users can send out various MIDI commands and the keypad has 4 keys with characters A B C and D, these pads define the command mode. The numbers can be used to enter values and the dial can be used to send controller messages.

“The RK007 firmware will also output the MIDI commands via it’s serial bus to adding a ‘real’ MIDI port on it can also be done without too much hassle. (You would need to power it with 5v obviously and add an extra two 220ohm resistors) The housing is available as .STL file which you can print with a 3D printer. You can plug the 3.5mm jack with the extra printed circular panel if you don’t want to use it and if the tab which holds the OLED is in the way for your type of jackplug, just break it off. “

To learn more about the different modes and uses of the open source RK-007 MIDI Commander jump over to the documents created by RetroKits by the MIDIC link below.