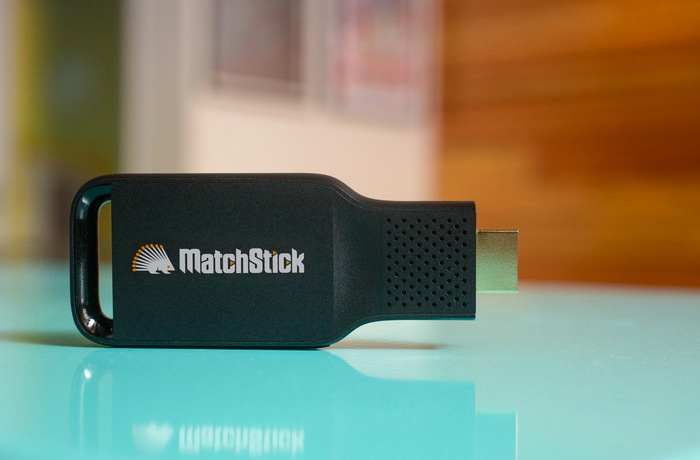 Launched after a successful Kickstarter crowdfunding campaign during October of last year, the Matchstick TV stick is now preparing to launch for public availability next month priced at $25.

The Matchstick is the very first HDMI streaming stick based on the Mozilla Firefox OS and has been created to provide users with an easy way to enjoy their favourite movies, music, or games on a large screen HDTV.

Over the last few weeks Matchstick has been allowing developers to get their hands on the hardware to create third-party applications, to add more functionality to the TV stick and taking advantage of the connectivity via Android or Firefox OS.

Brad Linder over on the Liliputing website has put together a quick demonstration video providing an independent hands-on look at the new Matchstick streaming TV stick.

The Matchstick TV Stick is powered by a Rockchip RK3066 dual-core processor supported by 1GB of RAM and is supplied with 4GB of internal storage, for your desired operating system and applications, together with 802.11n Wi-Fi connectivity.

“Matchstick is a small, WiFi-connected HDMI stick that plugs into your HDTV or HD Monitor that lets you stream and interact with your favorite stuff from the Internet – movies, TV, music, games, and more! You can even use it in a conference room to get presentations or other media from your laptop to an HDTV.

Firefox OS is completely open and adaptable. It makes perfect sense for today’s blurred lines of onlinecontent including video, music, gaming, and all the other stuff we click “play” on. An open and adaptable operating system like Firefox means less cost in production, smaller installs, and more personalized apps…. Without the need for app approval or oversight. How cool is that?”