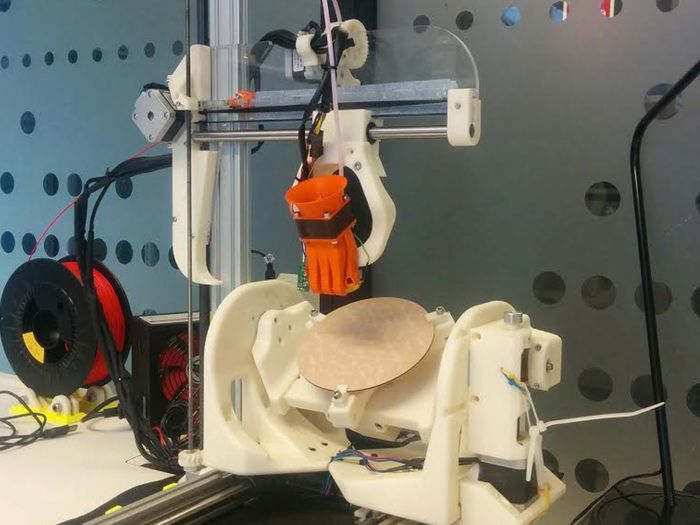 Master’s Student Øyvind Kallevik Grutle at the University of Oslo has created a 5 axis 3D printer for his studies with the first prototype of the machine taking 2-3 months to build and design.

After problems with the A and C axis Grutle created a second prototype, called the “Pentarod,” which took about a month to construct and develop using a FANUC Type I and Type II system.

Watch the video below to see how the 5 axis 3D printer functions and the process of being able to change axis on the fly when required.

The system is a modified RepRap Ormerod, where I have used the Duex4 controller for added motor drivers,” Grutle tells 3DPrint.com. “Then I have modified DC42’s Ormerod firmware version 1.04d to use the extra drivers on the Duex4 as motor drivers.

Also the system utilizes a gcode which is based on FANUC Type I and Type II where the gcode has an untransformed x, y and z coordinates and an A and C angle or I, J, K vector which is the direction of the nozzle onto the part which is being printed. This gcode is transformed in the firmware and so the printer goes where it should.

Grutle plans to released the designs for his 5-Axis 3D Printer as open source allowing anyone with the skills and resources to create their very own, as the final design is based on a system from the RepRap community.