Cloud gaming service OnLive has announced that their service will soon be arriving on LG’s line of Smart TVs and through almost any PC or Mac browser an even via smartphones and tablets. 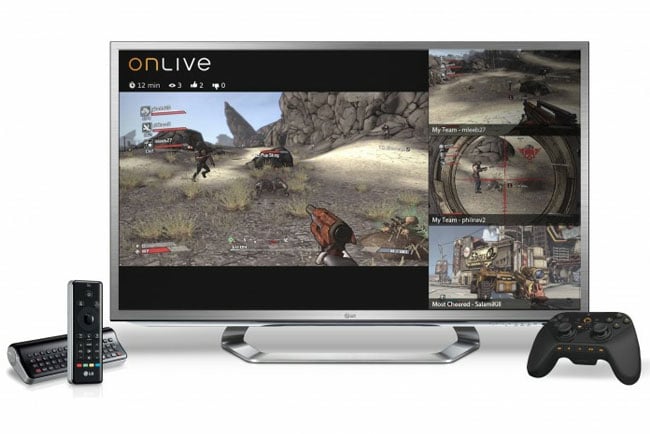 OnLive also revealed a new features in their service called “MultiView” which allows players to view up to three friends’ games while playing their very own game. Enabling gamers playing as a team or squad to coordinate tactics in-game for greater success. OnLive explain about the new browser based version of their service.

“OnLive released today a major update to its In-Browser Gaming capabilities, enabling publishers/retailers to offer one-click, instant play of hundreds of games from OnLive‘s top-tier library or any partner-provided games in nearly any PC or Mac® browser, and soon, from browsers in OnLive-enabled TVs, tablets or phones.”