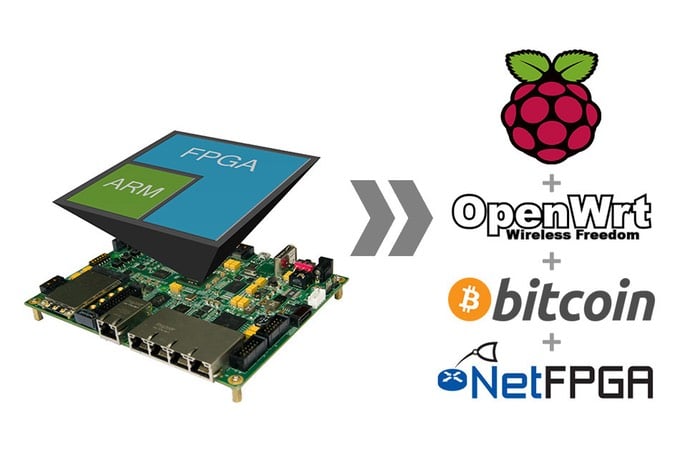 Makers, developers and hobbyists looking to add networking functionality to their projects in the form of NAS, VPN and Firewall features may be interested in a new piece of open source hardware called the ONetSwitch developed by MeshSr.

The ONetSwitch has been specifically designed to provide an open source hardware platform for networking and complementing the standalone open hardware that currently takes the form of the Raspberry Pi minicomputer and Arduino microcontroller.

“What can you do with the ONetSwitch? It‘s a Quad GE Ports SBC with FPGA programmable accelerator (Bitcoin Miner on Zynq), five Gigabit Ethernet ports, Up to 3GB DDR3 DRAM, SATA connector, and Mini PCIe interface for WLAN Card (OpenWrt on Zynq).

Among all the reference designs, we’d like to highlight the OpenFlow Switch for Software Defined Networking Kit on GitHub, which is a platform that make it easy for you to create new network applications:”

For more information on the new ONetSwitch jump over to the Kickstarter website for details via the link below.