The OnePlus One will be made official later this month, we already heard that the device would retail for under $400 in the US, and now OnePlus has revealed some details on the European pricing for the handset.

The OnePlus One will come with CynaogenMod 11s, which is based on Android 4.4 Kit Kat, we recently got a quick look at the UI on the OnePlus One, you can see the photos here. 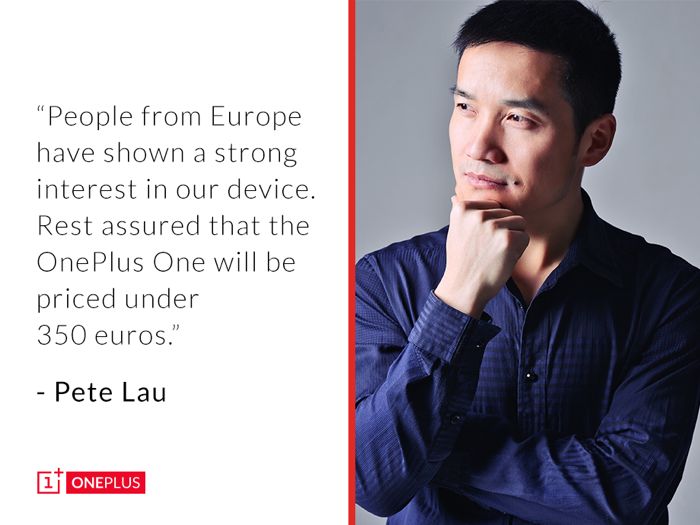 OnePlus have already revealed some of the specifications on their new CyanogenMod smartphone, the device will features a 5.5 inch display that has a full HD resolution of 1920 x 1080 pixels.

Other specifications on the OnePlus One will include a quad core Snapdragon 801 processor and a 13 megapixel Sony Exmor camera.

The handset will also come with either 16GB or 32GB of built in storage and will feature a 3,100 mAh battery. The device will be made official on the 23rd of April, wer will have some actual photos of the device and full details then.