We have been hearing more and more about the new OnePlus One smartphone over the last few weeks, and now it looks like we will not have to wait very much longer to see the handset.

OnePlus has announced that they will take the wraps off the new OnePlus One smartphone at a press event on the 23rd of April, so basically we have just under a month until the device gets official. 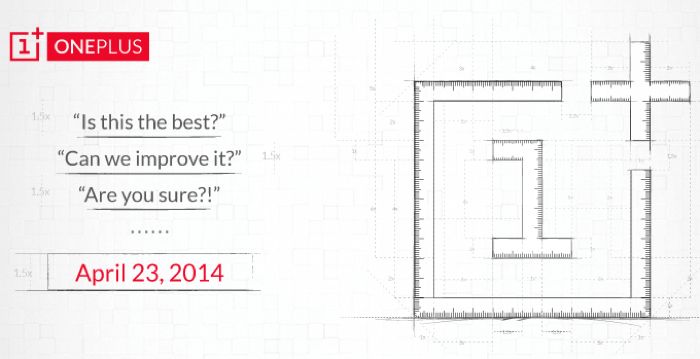 Thanks for everyone’s patience and support over the last few months. We promise it will be worth it.

Yesterday the company revealed some more specifications on the device, it will come with a 5.5 inch full HD display with a resolution of 1920 x 1080 pixels.

Other specifications in the OnePlus One will include a Qualcomm Snapdragon 801 processor, and it will also feature a 13 megapixel Sony Exmor camera.

We suspect OnePlus will announce more information about the handset before it is made official at their press event on the 23rd of April.