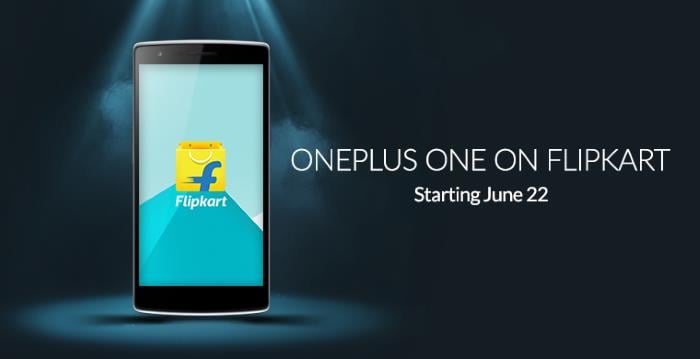 Not too long ago, the folks at FlipKart posted a teaser hinting at the arrival of the OnePlus One on the big retailer, ending Amazon India’s exclusivity in the region.

Earlier today, the OnePlus One went on sale on FlipKart. At the moment, only the 64GB Sandstone version is available for sale and costs INR 19,998.

This is the promotional price which will run through June 22 and will end on June 24th as a part of the retailers “Big App Shopping Days” promotion. Starting June 25th, the price of the handset will be increased to INR 21,999, which is still quite reasonable for the handset of this calibre.

The company also announced the 16GB variant of the handset will also go on sale on FlipKart in the coming weeks, carrying a INR 18,999 price tag. As a quick recap, the handset comes with a 5.5-inch 1080p display, a Snapdragon 801 processor, 3GB of RAM and 16/64GB of internal storage. The handset also comes with 13MP camera for photos and videos as well as a 5MP front-facing camera, a massive 3,100 mAh battery and ships with Cyanogenmod.

Anyone interested in picking up the OnePlus One from FlipKart?