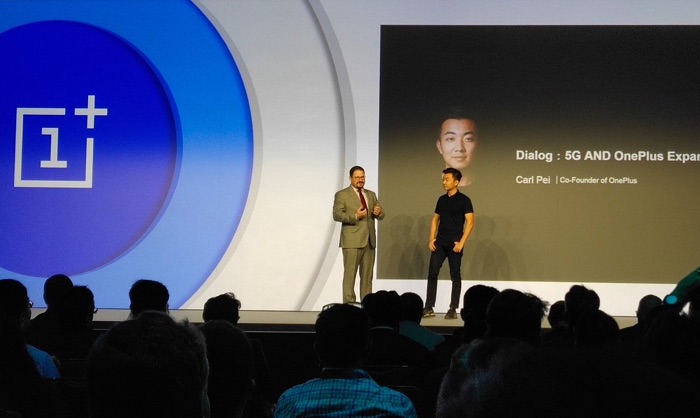 The new OnePlus 6T will be made official later this month, the company will unveil the handset at a press event on the 29th of October and now we have details on its successor, the OnePlus 7.

The OnePlus 7 will be launching in 2019 and now it has been confirmed by OnePlus co-founder Carl Pei that the handset will come with 5G.

Qualcomm President Cristiano Amon announced at a recent conference that there will be at least tow 5G flagships launching in 2019, he was joined on stage by Carl Pei who confirmed that a OnePlus smartphone will be one of them.

He also revealed that this new 5G smartphone from OnePlus will be released in the first half of 2019, that means we will see the device before the end of June next year. He did not reveal any details about the handset or what it will be called, but there is a very good chance the device will be called the OnePlus 7.

OnePlus will be making their new OnePlus 6T smartphone official later this month, the handset will come with some new cameras,  Night Mode and an in display fingerprint scanner. We are looking forward to seeing their latest flagship.