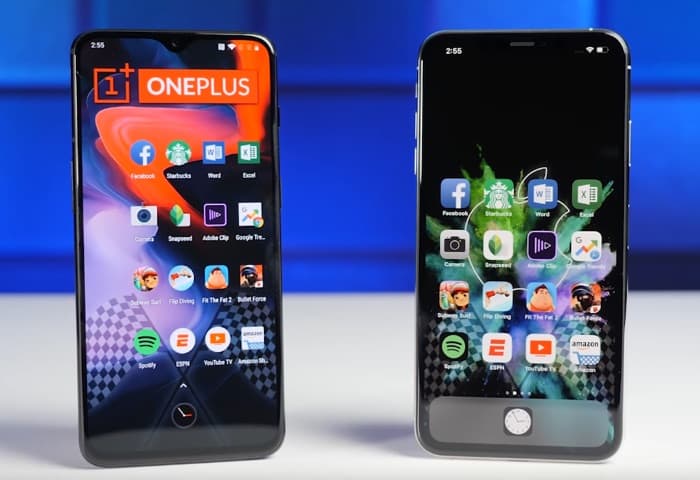 Apple’s iPhone XS Max costs $1,099 the new OnePlus 6T is considerably cheaper with a starting price of $549 in the US.

Apple’s larger iPhone basically costs double that of the OnePlus 6T but does it deliver double the performance?

In the video below the two handsets are tested side by side in a number of speed tests lets see how these devices perform.

As we can see from the video the iPhone XS Max was faster in the various apps with the first lap taking 1 minute and 40 seconds, the OnePlus 6T was 9 seconds slower.

In the second round Apple’s iPhone XS Max was also faster by around 18 seconds, considering it has half the RAM of the OnePlus 6T this is impressive. Apple has obviously optimized its iOS software for speed, this is something the company was working on for iOS 12.