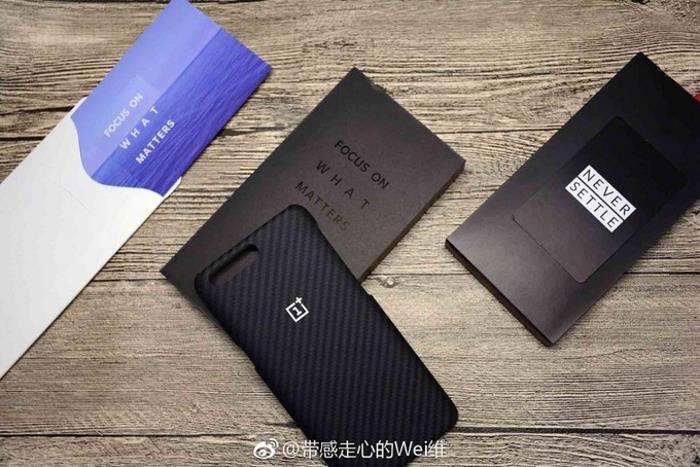 OnePlus 5 launch is just around the corner and the company sent out official press invites to media outlets in a stylish fashion.

The invite asks the reader to “focus on what matters” and comes with a kevlar case in the package (we’re not sure if it’s the real kevlar or just a texture to give it such a look).

The case do confirm that we’re going to get a dual-camera setup on the device, something which we’ve heard numerous times in the past few weeks. The invite also mentions that the event is going to take place in Beijing which will be broadcasted worldwide.

Rumors suggest the handset is expected to come with a 5.5-inch display with a 1080p resolution and DCI-P3 color space. The processing is handled by a Qualcomm Snapdragon 835 processor paired with 6/8GB of RAM, 64/128Gb of internal storage, a 3,000 mAh battery to make sure there’s enough juice for the handset, and a ceramic-coated fingerprint scanner under the display as an added security measure. There’s a 16 + 20MP dual camera setup on the back as well for photos and videos.

We’ll update you as soon as the handset is officially announced by the company, along with the availability details and pricing.