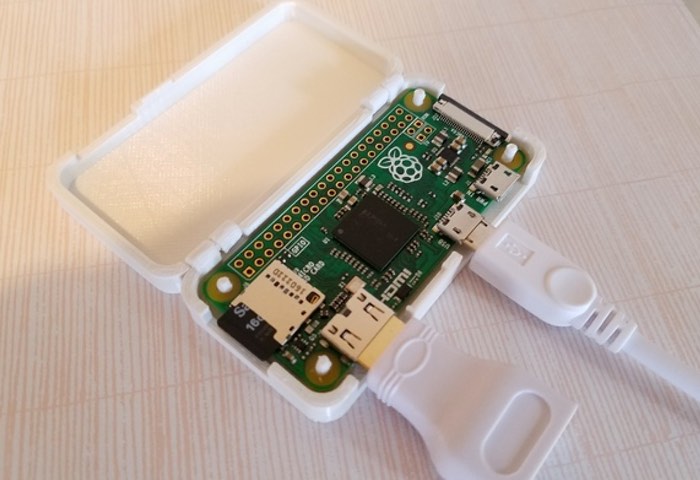 Raspberry Pi enthusiasts that have access to a 3D printer and are looking for a neat way to be able to protect their pocket sized Raspberry Pi Zero mini PC, may be interested in this new one-piece Raspberry Pi Zero case which has been created by Thingverse user Superrei.

The one-piece Pi Zero case has been designed for the latest Raspberry Pi Zero hardware that is now fitted with a camera connection port on the right-hand side supports the new Raspberry Pi camera.

My first Raspberry Pi Zero case. Support the new version that comes with a camera port. It can be printed in one piece and no assembly is required. This is a low profile version. Which means it will only hold the PI Zero itself without any jumper and HAT on it. I’ll publish more version later. So do follow this creation if you need bigger versions that can hold the GPIO jumpers, camera or even HAT.

The Raspberry Pi Zero case requires no support and has been originally printed on a CEL Robox 3D printer with a 30% infill. For more details and to download the 3D print files jump over to the Thingverse website via the link below.