Huh? We mean the International Space Station (ISS). It’s finished, baby! Happened yesterday. Thanks to the much-delayed Endeavour flight, two astronauts were able to log a spacewalk for the installation of a boom. Once it was attached with the help of a robotic arm, the ISS was officially completed—though upgrades are scheduled in the coming years and future missions. 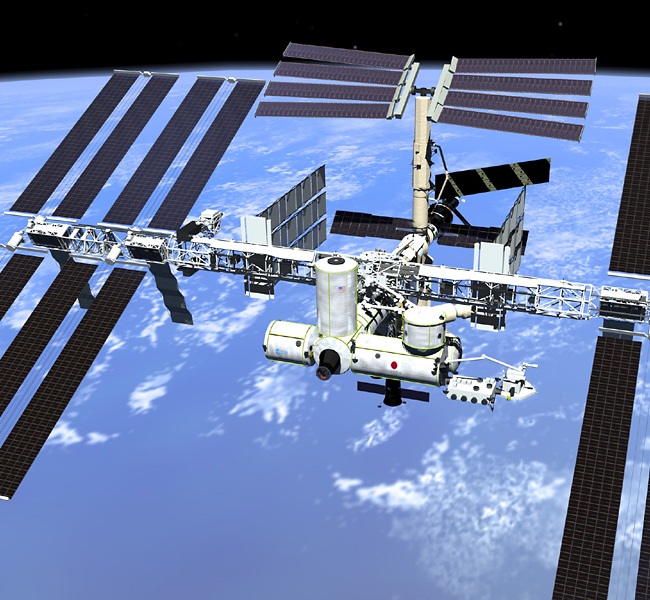 If you haven’t read news about this yet, here’s a juicy tid bit:

Before Friday morning, astronauts had logged 995 hours outside for space station assembly and maintenance. With a planned excursion of 6 1/2 hours — the 159th spacewalk to build the station and keep it humming since 1998 — Fincke and Chamitoff were poised to hit the 1,000-hour mark before going back inside.

The space station’s new boom was used by shuttle Endeavour’s crew on Thursday to survey their ship one last time in orbit. They attached the camera- and laser-tipped pole to a robot arm to check for micrometeorite damage.

The ISS took 13 years and 1,000 man hours in space to complete. Back in 1998, they said it would be visible from Earth when it was finished. Please holler at the comments section if you catch a glimpse of it with your naked eyes in the coming days.

Okay, now that it’s done, a whole new chapter of man’s interstellar conquest should begin. Is anyone up for building an honest-to-goodness starship for a journey to a distant planet (Pandora)?