Omron has created a new type of thermal sensor which can be used for a number of new applications within hand held devices, such as smartphones.

As well as being able to check heat within surrounding objects, the new sensor can also be used for motion detection and attached to a PC for access control as an example. Watch the video after the jump to see it in action. 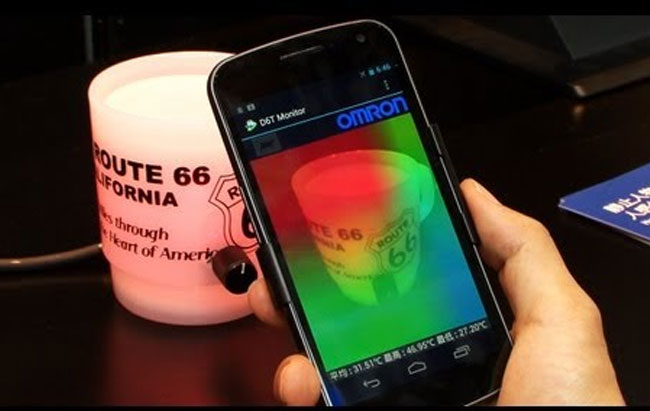 “Our MEMS detects infrared light, and converts it into electrical signals which are used to measure the temperature. We create MEMS to the ASICs all in-house, so the quality of the connection between the ASIC and MEMS is the most distinct feature of our products.”