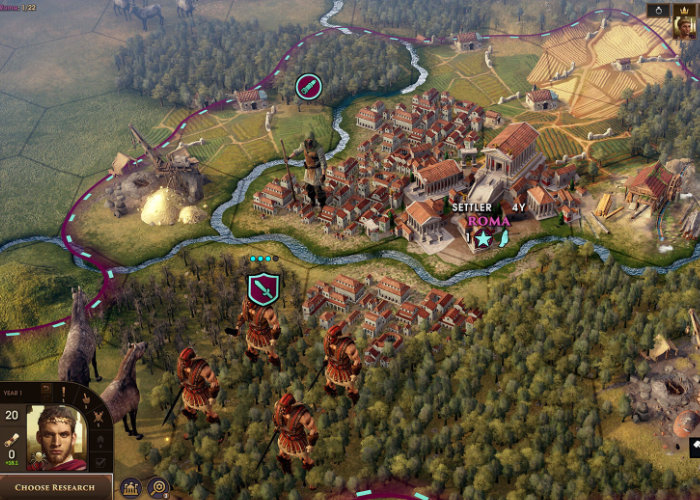 Mohawk games has released a new teaser trailer for its upcoming turn-based strategy game Old World, created by Soren Johnson, Lead Designer of Civilization 4. Old World will soon be available for pre-purchase via the Epic Games Store and will launch via Early Access before Summer 2020. “Old World is an epic, historical turn-based strategy game from Soren Johnson, Lead Designer of Civilization 4 and Offworld Trading Company. Set in the classical era, Old World gives players the chance to not just build an empire but to found the greatest dynasty of its age.”

The game has many innovative features that are worth describing in detail:

Orders are a resource used to issue commands across your nation. Instead of moving every unit every turn, as is traditional in 4X games, each unit can be moved as many times as desired, until the player runs out of Orders. There are many other ways to spend this resource: Combat, Construction, Events, Diplomacy, and so on.

Legitimacy – Each ruler must prove that they are worthy of the throne. As you accomplish Ambitions, finish Wonders, and gain renown (as “the Wise” or “the Avenger” or “the Peacemaker”), your Legitimacy increases, granting additional Orders each year and improving your standing with the people.

Succession – Every turn in Old World represents a year, and the rulers are mortals who won’t last forever. They will need to get married and produce an heir to continue their line. When a ruler dies, the heir who takes the throne chooses a new Ambition to make a new name for him/herself.

Events – Old World has a powerful and deep dynamic event system that generates a procedural story for your nation based on your decisions, your accomplishments, and your characters. The game has over 1,000 unique events, many of which are inspired by historical events from the period. These events give characters Memories, Traits, and Relationships, which can then trigger later events, so be careful what you choose.

Ambitions – Your dynasty achieves victory by fulfilling 10 Ambitions, each one more difficult than the last. These Ambitions are dynamically generated from the Events of your game and the desires of your characters. No two games will ever play out the same way, and the wise ruler will know when to change direction.

Politics – Each nation has four noble families who can be granted stewardship of your cities, with each one providing unique and powerful bonuses. You’ll want to balance how to distribute cities among your families carefully as those with too many will begin to think they deserve the throne while those with too few will grow envious of their rivals. Pleased families will keep their citizenry under control while angry ones will incite revolts.

Territories – Cities form cohesive blocks of territory, with an urban center and rural hinterlands. Each improvement occupies a single tile, including Wonders and urban buildings, such as Shrines, Amphitheaters, and Garrisons. This territory grows based on where the player constructs Improvements and trains Specialists on the map.

Resources – Resources in Old World, such as Food, Wood, Stone, and Iron, are stockpiled as they are produced, to be spent on units, improvements, Wonders, and so on. Borrowing some algorithms from Offworld Trading Company, a dynamic marketplace allows players to buy and sell the resources at any time, with the prices fluctuating based on supply-and-demand.

Technology – The technology tree borrows mechanics from card-building games to add variety and create interesting decisions. Each technology available to research is added to the player’s deck, and when it is time to choose the next technology to research, the player draws four cards, chooses one, and then discards the others, which will not reappear until the deck is reshuffled. Thus, choosing between two desirable technologies is a difficult decision as the player knows they will not see the card they just passed over for many more turns.