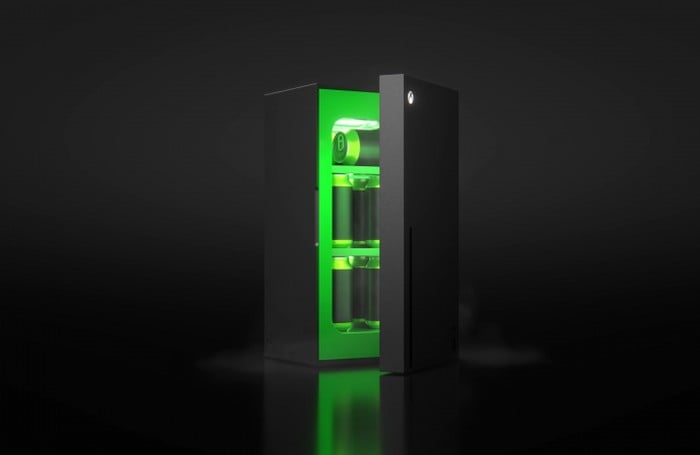 Gamers hoping to get their hands on the official Xbox Mini Fridge  priced at $100 will be able to place preorders from tomorrow October 19th 2021. But don’t delay as you can expect plenty of scalpers to be a on hand to try and make a fast buck using bots and other means to suck-up all the available inventory.

The unique addition to the Xbox range of goodies came about after a viral meme and a Twitter competition Microsoft had with Skittles. After the competition had finished Microsoft assured gamers that they would deliver on the promise to create the Xbox Mini Fridge, and sure enough they are going to deliver on their promise.

“We’re working to bring the Xbox Mini Fridge to as many fans as possible and will continue to expand regional availability in 2022, pending regulatory approvals and restrictions by market.” 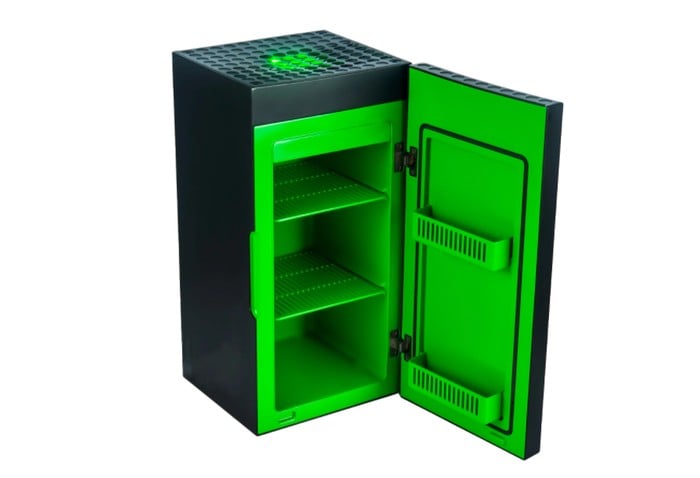 “What started as a viral meme became a life-size reality when we created the world’s first-ever, fastest, and most powerful Xbox Series X Fridge, a 6-foot, 400 pound, 1:1 scale replica of our beloved console. But we didn’t stop there. After an all-out Twitter war and battle of the brands, Xbox came out on top with your votes, so we vowed to make your mini fridge memes a reality. We surprised fans with a first-look at the design at the end of our Xbox E3 Showcase, and now the time has come to give our fans what they’ve been waiting for just in time for the holidays. Introducing Xbox Series X Replica “Mini Fridge.”

“The mini fridge, created in partnership with Ukonic!, gives “Xbox and Chill” a whole new meaning. With LEDs and surface-features made to resemble the Xbox Series X, your friends will be amazed while their thirst is quenched! The sleek matte-black tower holds up to 10 cans of your favorite beverage and has two shelves in the door, so you’ll be sure to have your favorite snacks at the ready. The front of the mini fridge also includes a USB port to charge devices and comes with a DC power adapter to enable the mini fridge to work on the go.”

“In the first wave of production, the Xbox “Mini Fridge” will be available at Target and on Target.com for $99.99, our exclusive retailer in the US. Fans in Canada will be able to purchase directly from the Xbox Gear Shop as part of our first wave of deliveries in December. We will share more on pre-orders details for Canada very soon. Additionally, for fans in Europe, the Xbox “Mini Fridge” will be available from GAME in the UK (£89.99); and fans in France, Germany, Italy, Ireland, Spain, Netherlands, and Poland can grab their own at Game Stop EU (€99.00), Micromania (€99.00) or Toynk (via Amazon).”