Twitter has updated their official Twitter application for the latest version of the iPhone iOS, iOS 4 and it is now available to download from the App store.

The official Twitter application can now run in the background with iOS 4 multitasking, this is pretty cool and will make using twitter on the iPhone a lot more user friendly. 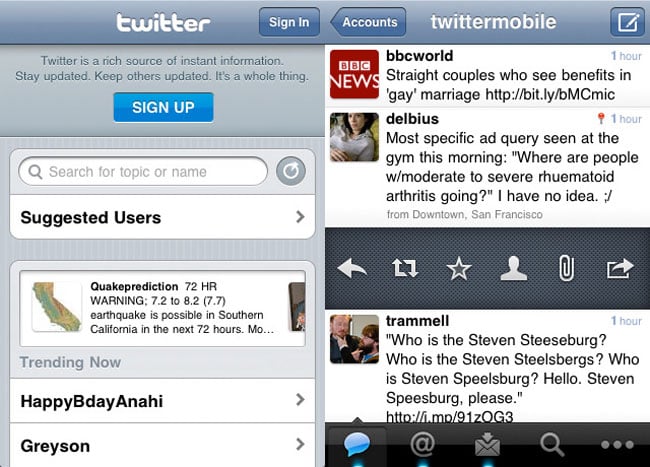