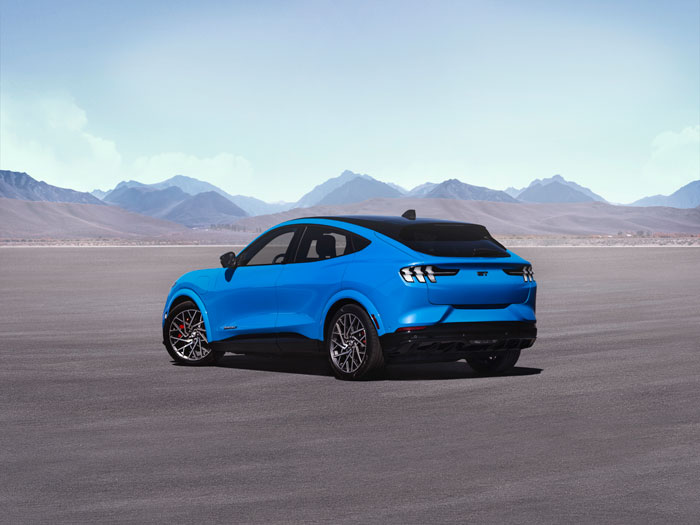 The official EPA-estimated driving range for the Mach-E GT is 270 miles, with the Performance Edition rated at 260 miles. It’s not uncommon for vehicles to exceed the EPA-estimated ranges, but how far you can drive per charge with an electric vehicle depends on how they are driven. The Performance Edition has 634 pound-foot of torque and can reach 60 mph from a standstill in 3.5 seconds.

Being able to exceed its targeted ranges is a big deal for buyers of electric vehicles. The starting MSRP for the Mach-E GT is $59,900, with the Performance Edition starting at $64,900. Both vehicles qualify for federal tax incentives and are available for order now. Deliveries are set to begin this fall.