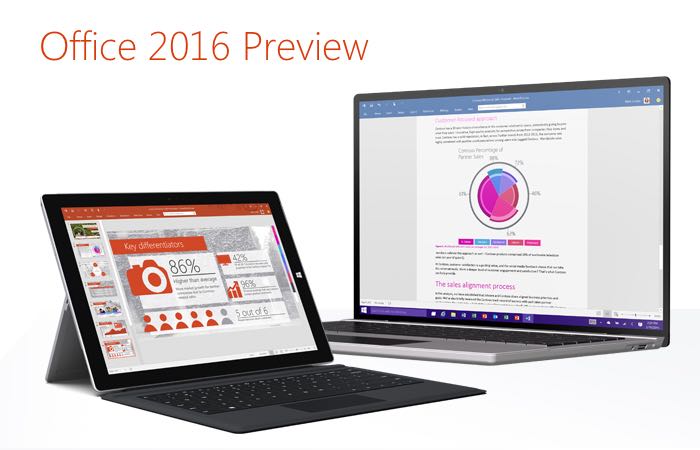 Microsoft has this week revealed that its Office 2016 preview software, that is currently available for both Apple’s OS X and Windows operating systems. Is now enjoying being used by more than 1 million users who are testing out the software before a final build is launched later this year.

Microsoft launched the Office 2016 preview programme back in March 2015 allowing anyone to become a tester of the new Office suite of applications, that builds on Microsoft’s previous creations that are widely used across the world that include the likes of Word, Excel and Powerpoint.
If you haven’t already downloaded the Office 2016 preview you can do so from here.
To put into comparison the amount of people that are currently testing the office 2016 preview, Alex Wilhelm over at Tech Crunch crunches some numbers:

“Windows 10 picked up a million testers in two weeks. I called that figure soft, essentially. Over time, Windows 10 has accreted new testers, rising to the figure of “over four million” over time. I asked the company for a new number, which it declined to provide. For larger context, it’s taken Windows 10 around 250 days to gather what I presume is now north of four million testers. So, that’s around 16,000 per day, on average.

It’s tricky to make apples:apples comparisons here, but we can do a little match and stack some coins next to each other to see how tall things get. Presuming, conservatively, a March 10 average ‘start date’ for Office 2016, there are a total of 86 days that have passed. Simple division yields just under 12,000 downloads per day.”