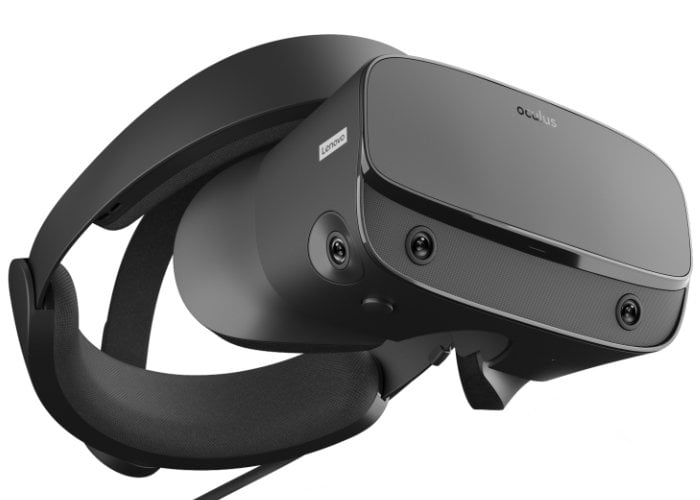 If you have been patiently waiting for the arrival of the new Oculus Rift S VR headset, you will be pleased to know that preorders are now open from $399 with shipping expected to take place on May 21st, 2019. Although the new Valve Index VR headset officially launched today and also available to preorder from $499 may be a better option.

The new Oculus Rift S VR headset is equipped with two 1280 x 1440 pixel displays offering a combined resolution of 2560 x 1440 pixels. Other features include 5 built-in cameras for room-scale position tracking, as well as improvements to the headsets design to prevent light ingress and offer more comfortable weight distribution. Oculus Insight offers players new technology that can track movements into VR, no matter which way you’re facing, without the need for external sensors. Unfortunately though Facebook has replaced the 90 Hz OLED display of the original with an LCD screen offering an 80 Hz refresh rate.

“Oculus Rift S puts you at the center of virtual reality’s most pulse-pounding, PC-powered gameplay. See the action unfold all around you through sharp lenses and next-generation optics, and play comfortably, longer, with the improved ergonomic design. Plus, with Oculus Insight tracking, you have the freedom to move in any direction throughout your playspace—no external sensors required. ”

For more information on the new Valve Index VR headset jump over to our previous article located here. To preorder your Oculus Rift S VR headset it is available from online retailers such as the official Microsoft Store from $399.