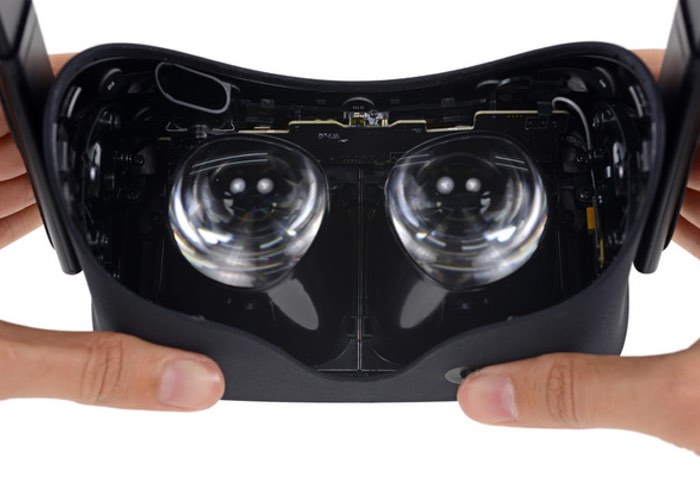 Now that the highly anticipated Oculus Rift virtual reality headset has started shipping to consumers, after being made available to preorder during January priced at $599, you might like to see what’s inside this revolutionary new device.

Luckily iFixit have already got their hands on a consumer version of the new VR headset and of open their toolkit and created a Oculus Rift CV1 teardown video and walk through.

Providing a glimpse at the technology that has been included in the virtual reality system created by Oculus and was originally launched hugely successful Kickstarter campaign, which brought the company to the notice of Facebook who then swiftly purchased it for $2 billion. 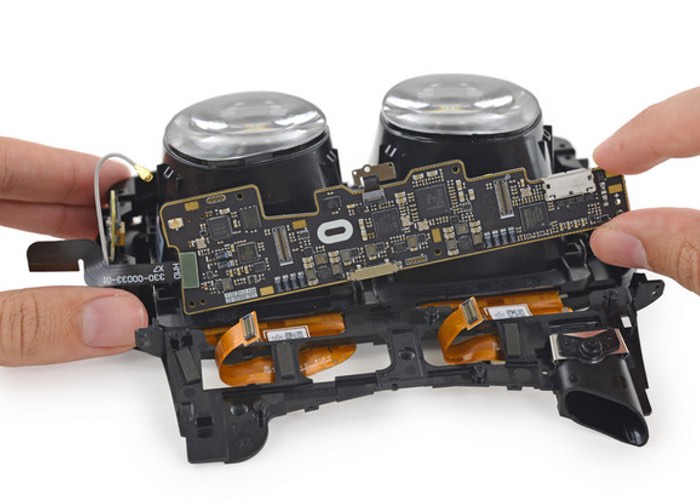 The iFixit team have awarded the Oculus Rift CV1 VR headset with a repair ability score of 7/10 where 10 is the easiest or best a device can receive. During the teardown if you points will noted :

– Cable management is much improved from the development kits, with a sturdy connector for easy removal.
– The earpiece speakers are super easily removed thanks to spring connectors.
– The face pad is held in with plastic clips and pulls out easily.
– Getting inside is difficult, with hidden internal clips securing the dust shield.
– Replacing the head strap is impossible without cutting through the fabric on the headset.
– Intricate design and delicate ribbon cables makes it very difficult to remove the lenses, displays, and motherboard. 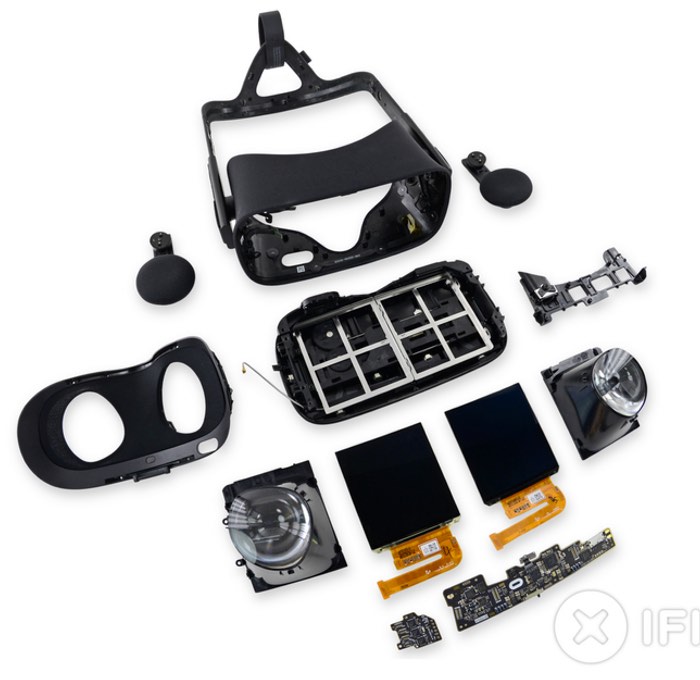 For the full Oculus Rift CV1 teardown jump over to the iFixit website via the link below.