UK mobile phone operator O2 has just announced their handset prices for the iPhone 4 in the UK, although from the looks of the table below, these seem to be about the most confusing handset prices revealed so far. 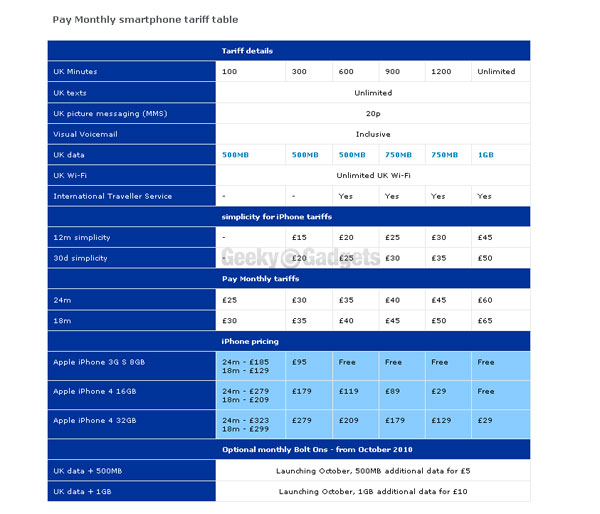 So far it looks like Orange are offering the best deal for the iPhone 4, the prices seem to be a lot better than O2’s offerings, I guess I will be switching to Orange unless some better deals are released.