NVIDIA’s Tegra 3 processor has become extremely popular, and it is used in many of the top smartphones and tablets available today, and now it would appear that we have some details on the next generation NVIDIA Tegra processor.

According to the leaked details, the NVIDIA Tegra 4 will feature six times the performance of the current Tegra 3 processor, and it will support displays up to 2560 x 1600 pixels. 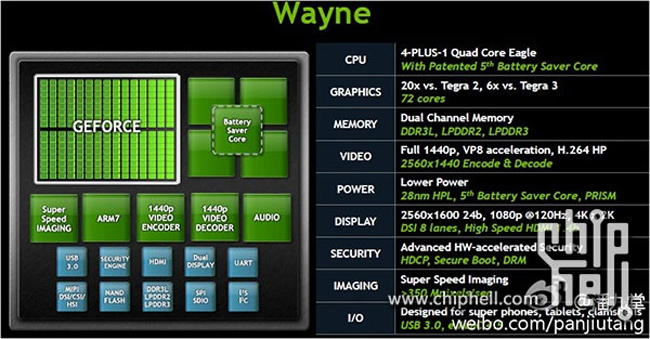 The NVIDIA Tegra 4 processor is expected to features the same four plus one cores as found in the Tegra 3, and it is expected to be officially announced some time next year.