NVIDIA announced their new Project Shield handheld gaming console at CES earlier this week, we have already seen a demo video of the device from NVIDIA and now we have another video of the console in action.

The video below, which was put together by the guys from Phandroid, gives us a good look at the new NVIDIA Shield in action, and the gaming certainly does look very impressive and the graphics look excellent. 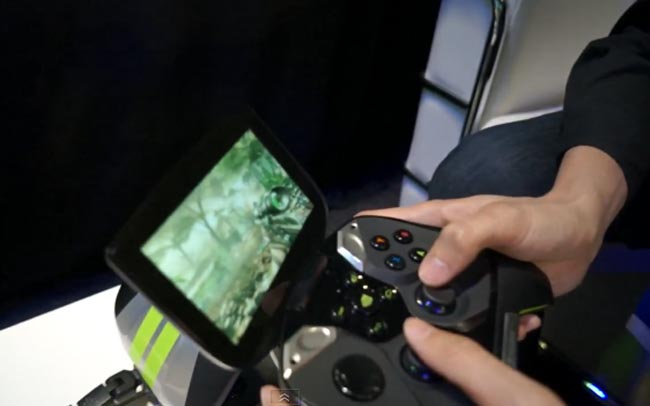 Project Shield is a pure Android device that will let you play both Android and PC games, Android games can be downloaded from Google Play, PC games can be streamed from your PC with an NVIDIA GeForce GTX GPU, and access game titles from the STEAM game library.