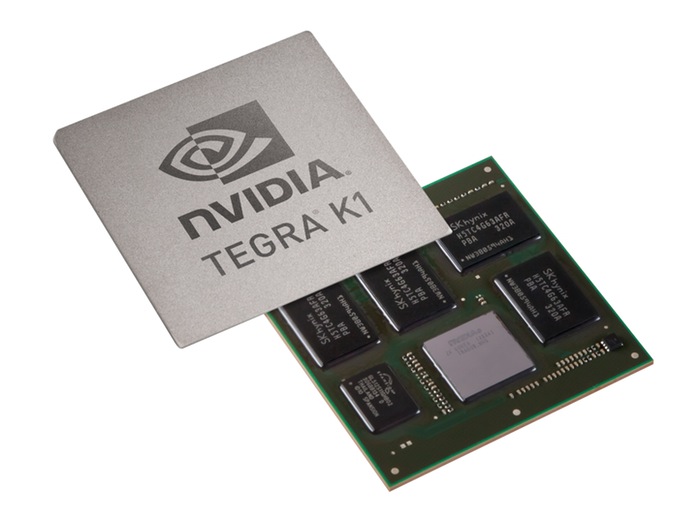 Specifications have this week been leaked thanks to the GFXBench website who published specifications for the new and as yet unannounced Nvidia Mocha tablet.

The GFXBench website has now removed the revealing Nvidia Mocha tablet specifications but not before a screenshot was taken listing the hardware that you can expect the new tablet to be equipped with.

As you can see from the specifications below the new Nvidia Mocha tablet is powered by a Nvidia 2.1 GHz Tegra K1 ARM Cortex-A15 processor supported by 2GB of RAM. Fitted with a 7.9 inch display providing users with a high resolution of 2048 x 1536 pixels.

It’s also revealed that the new Nvidia Mocha tablet will be supplied running Google’s Android 4.4 KitKat software and will sport a 4.8 megapixel front facing camera for video calling, together with a 7 megapixel rear facing for video and photographs. As well as 16GB of on-board storage for your media, applications and documents.

Unfortunately no information on pricing or worldwide availability has been leaked or announced as yet by Nvidia, but as soon as information comes to light we will keep you updated as always. 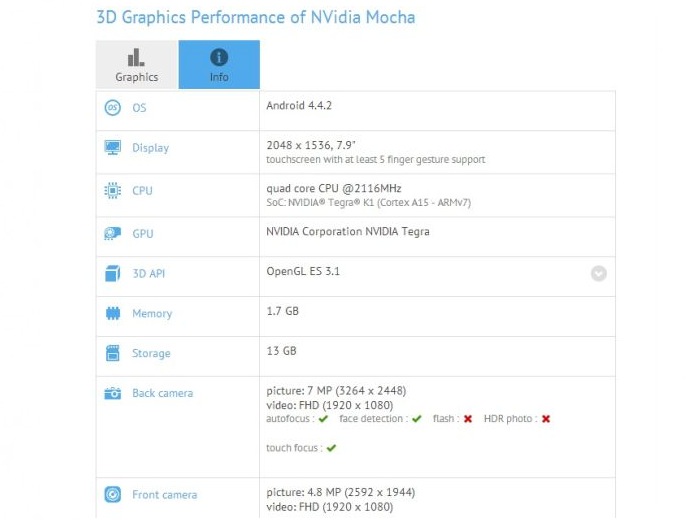