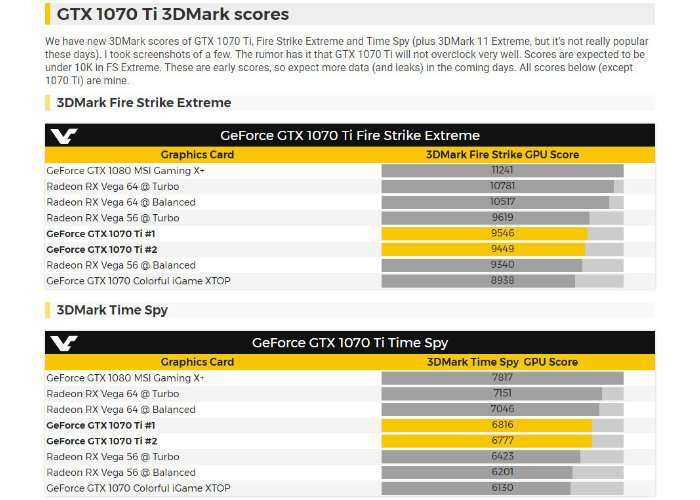 This week NVIDIA GTX 1070 Ti 3DMark Benchmarks have been published online providing a first glimpse at what you can expect from the performance of the new graphics card when it is made available.

At the current time Nvidia has not released any details on a release date or pricing for the new GTX 1070 Ti range of graphics cards but as soon any more information comes to light we will keep you up-to-date as always.

NVIDIA’s GeForce 10 series, codenamed Pascal, has been in the market since May of 2016. NVIDIA released both the GTX 1080 and the GTX 1070 using TSMC’s new manufacturing 16nm FinFet technology. When they debuted, the GTX 1070 became a popular choice among gamers initially because it was the more budget friendly option between the two. Earlier this year, NVIDIA released the GTX 1080 Ti primarily aimed at the higher-end enthusiast crowd.

Jump over to the VideoCardz via the link below fore more details on the benchmarks and specifications.