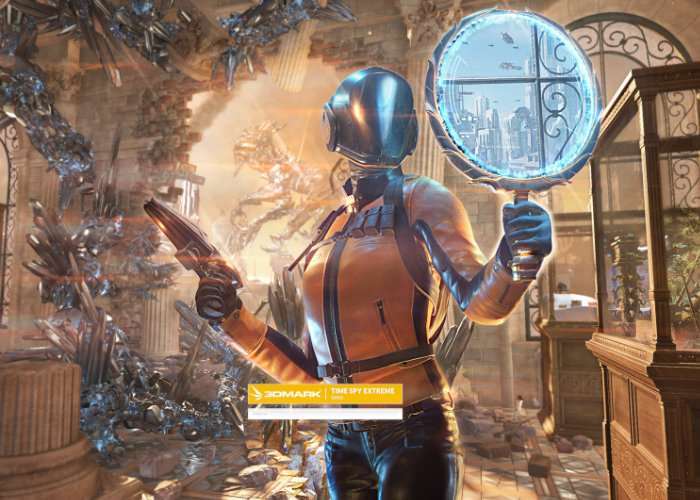 Futuremark has announced the arrival of the previously unveiled Time Spy Extreme Benchmark which is now available to test out your 4K Ultra HD DirectX 12 systems and compare them to other builds around the world to see how yours stands up.

3DMark Time Spy Extreme is the world’s first 4K DirectX 12 benchmark test, but ou don’t need a 4K monitor to run it, though you will need a GPU with at least 4 GB of dedicated memory. 3DMark Time Spy Extreme will be a free update to all those users that have purchased the Advanced and Professional Editions after July 14th, 2017.

3DMark is a popular gaming performance benchmark used by millions of people, hundreds of hardware review sites and many of the world’s leading technology companies. 3DMark includes everything you need to benchmark your PC and mobile devices in one app. Whether you’re gaming on a desktop PC, laptop, notebook, or a tablet, 3DMark has a benchmark designed for your hardware.

Fixed
• Time Spy Graphics Test 2 no longer reloads between passes when looping.
• Fixed a rare issue that could cause Time Spy to fail when starting the test from a script or other background process.
• Fixed an issue in the API Overhead feature test that caused the Vulkan part to fail on Intel integrated GPUs when using non-native resolutions.