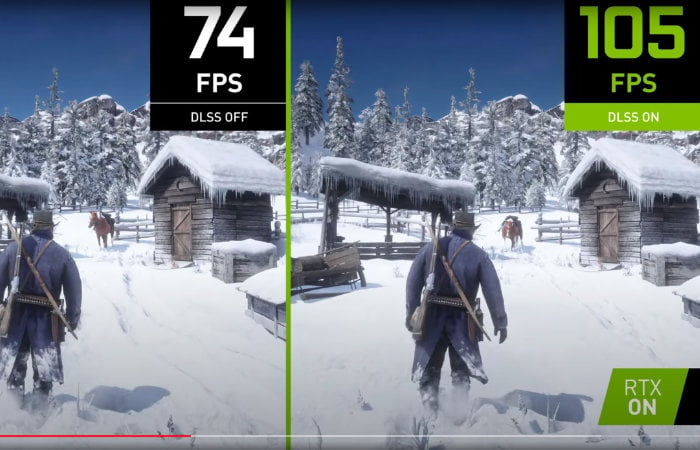 Red Dead Redemption 2 can now benefit from a performance increase of up to 45% when playing at 4K resolutions thanks to the rollout of NVIDIA DLSS 2.0 support to the game. The boost in performance on GeForce RTX PCs and laptops can be seen in the video below, thanks to the artificial intelligent rendering technology included in NVIDIA DLSS fhort for Deep Learning Super Sampling.

To enable NVIDIA DLSS 2.0 support in your Red Dead Redemption 2 game go to the Settings menu and under Graphics there will be an option for you to benefit from the new performance, just in time for the release of Red Dead Online’s latest update, Blood Money, where players experience the darker side of frontier America.