NVIDIA is looking to offer Android tablets that are more powerful than Amazon’s Kindle Fire tablet, but for the same $199 price point, according to the companies CEO Jen-Hsun Huang who said the following. 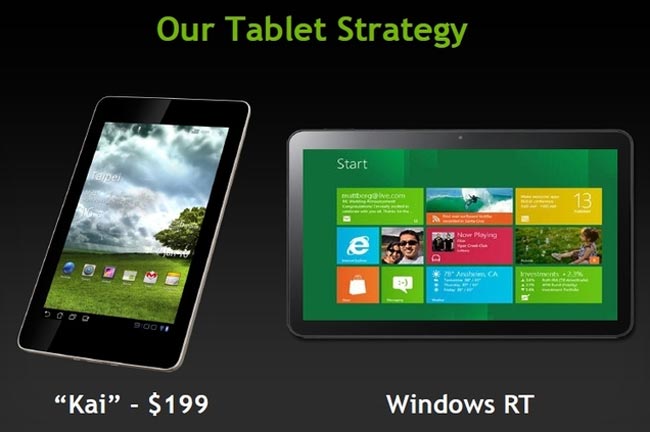 Our strategy on Android is simply to enable quad-core tablets running Android Ice Cream Sandwich to be developed and brought out to market at the $199 price point, and the way we do that is a platform we’ve developed called Kai. So this uses a lot of the secret sauce that’s inside Tegra 3 to allow you to develop a tablet at a much lower cost, by using a lot of innovation that we’ve developed to reduce the power that’s used by the display and use lower cost components within the tablet.

There are no details as yet on when we will see the first quad core tablets prices at $199 in the stores, as soon as we get some more information we will let you guys know.