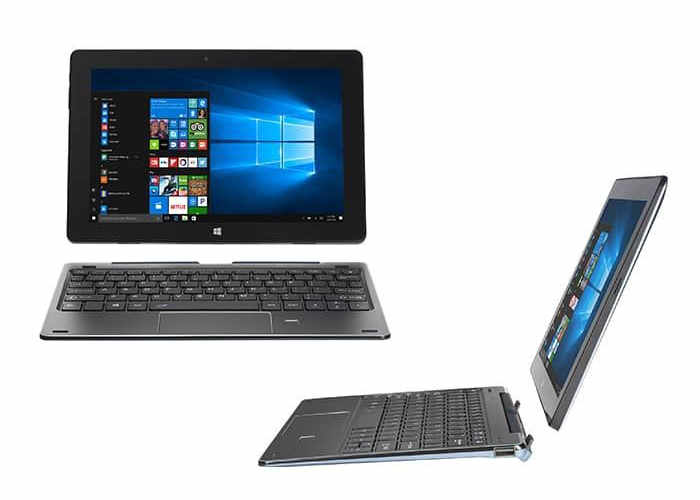 NuVision has this week added a new addition to their range of Windows tablets with the launch of the new NuVision Duo 10 which follows on from the $99 Windows 10 tablet which is equipped with a full HD display.

Together with the later model which was launched for $149 and equipped with a 10 inch display offering 1280 x 800 pixels a detachable keyboard and powered by an Intel Atom processor.

The latest addition to the range also includes a 10 inch display and come supplied with a detachable keyboard and is powered by an Intel Atom x5-Z8300 Cherry Trail processor supported by 2GB of RAM together with 64GB of storage. Connectivity is provided by 802.11ac WiFi and support for Bluetooth 4.0. While on-board connections include USB Type-C port, 2 x USB 2.0 and a micro HDMI port.

Get the best of both worlds with the versatile and lightweight NuVision Duo 10. Its detachable keyboard provides quick transitions between laptop and tablet, and an included stylus delivers seamless writing and drawing onscreen. The Duo 10 also dishes out snappy performance with an Intel Atom x5 processor, and comes with pre-installed Office Mobile apps for working wherever, whenever.

The 2-1 Windows 10 Tablet is also equipped with 2 megapixel front facing camera for video calling, together with a 5 megapixel rear facing for video and photographs and a handy microSD card slot and fingerprint sensor for added security.

The new NuVision Duo 10 Windows tablet is now available to purchase directly from the Microsoft Store.